A former landfill in east Richmond is being transformed into an industrial park that will eventually house 12 to 14 large-scale buildings.
Jan 25, 2021 2:06 PM By: Maria Rantanen 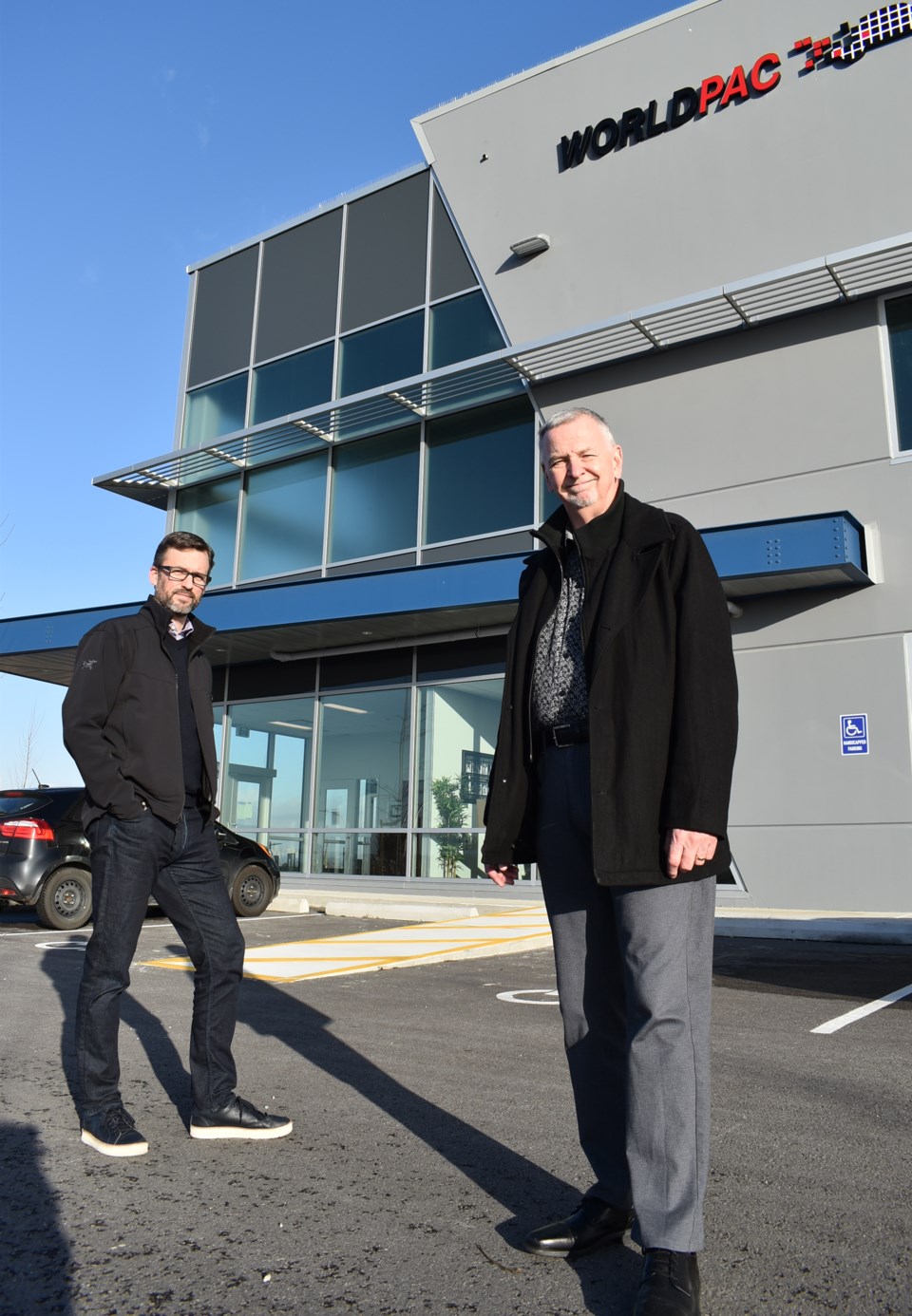 A truck a minute – that is the expected traffic volume when a new three-million-square-foot industrial park is fully built out in east Richmond.

So, the frustration felt by the builders at Ecowaste’s former landfill site at the fact Blundell Road terminates on their property line and doesn’t connect to west Richmond – a one-kilometre missing stretch of road - is understandable, especially since it was in the city’s previous plans.

In 2015, however, the OCP was updated and the road plan was modified to a two-lane local road and the missing piece of Blundell road was wiped off the map.

Now to get to the industrial area, trucks need to access it via Westminster Highway, No. 8 Road and then Blundell Road – a several-kilometre detour.

“The road ends here,” said Tom Land, president and CEO of Ecowaste, pointing to the western-most edge of their 170-acre property.

Seventeen per cent of all industrial land in Metro Vancouver is located in Richmond and about 44,000 jobs – 37 per cent of the city’s workforce – are employed in these zones.

Much of it is related to the movement of goods, given the city’s proximity to the Port of Vancouver.

But vacancy rates remain around one per cent in Richmond and a city staff report notes demand for industrial space continues to outstrip supply. Furthermore, Metro Vancouver has forecast all industrial land in the region will be absorbed sometime between 2035 and 2047.

The City of Richmond is currently updating its industrial zoning bylaws, allowing for higher buildings and more site coverage.

Intensification, densification and transportation – these are the three key elements to maximizing industrial land, explained Guy Akester, vice-president of real estate with Montrose.

Intensification and densification – using buildings more efficiently and having a bigger building footprint – are addressed in the Richmond zoning changes.

Akester said he’s pleased the city Richmond is updating its industrial zoning bylaws, but transportation seems to be the missing piece, as illustrated by the change to the Blundell Road plan in 2015.

Not being able to move goods efficiently is costly for business and has an impact on the environment with more greenhouse gases emitted from trucks having to travel longer distances, Akester explained.

Is it high enough?

The industrial zoning changes in Richmond include raising the height of buildings from 36 feet to 48 feet outside of city centre.

Forty-foot high is “leading edge” now, but Akester wonders whether that might be 60 feet in five years time.

In comparison, in 2010, 28 feet was the average height of an industrial building – now a decade later, the standard is 12 feet higher.

“The city’s catching up with current (heights) – should we not be future looking?” Land said.

While he agrees with the need for industrial height restrictions in urban areas, Akester said he doesn’t see the point in industrial zones where there is no housing and its height won’t have any impact on neighbouring properties, like the Montrose property.

“I question if it… has any value having height restrictions in areas like where we are, where our only neighbours are fallow, agricultural land which has been nothing but scrubland,” he said.

From landfill to industrial park

Ecowaste filled the site with construction demolition waste from 1985 to 2000, but in 2010 re-opened it again to prepare the property to be transformed into an industrial park.

In September, they opened their first building and the first tenant, WorldPac, moved in.

WorldPac was originally located in central Richmond, but they expanded into the 200,000-square-foot custom-built industrial building.

The second building is under construction and its estimated completion date is fall 2022. This will be 500,000 square feet in size.

Richmond TD branch recognized in the galaxy by local non-profit
Jan 17, 2021 10:55 AM
Comments