Huawei executive Wanzhou Meng has been granted bail for $10 million — $7 million of which must be in cash — after her three-day hearing wrapped up Tuesday afternoon.
Dec 11, 2018 3:08 PM By: Richmond News 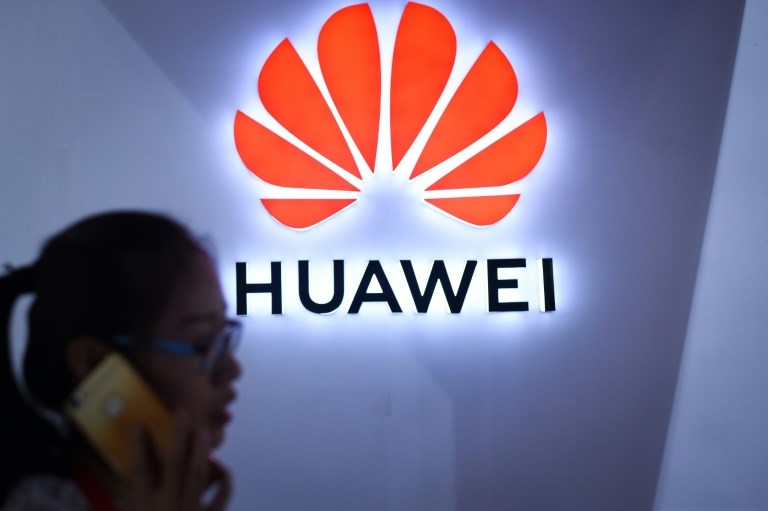 Huawei executive Wanzhou Meng has been granted bail for $10 million — $7 million of which must be in cash — after her three-day hearing wrapped up Tuesday afternoon.

Meng, the chief financial officer for the Chinese telecommunications and daughter of its founder, was detained at the behest of the U.S. while changing flights at Vancouver International Airport on Dec. 1, en route to Mexico from Hong Kong.

In a statement, Huawei said “the Canadian authorities have released our CFO, Ms. Meng Wanzhou, on bail following her detainment on behalf of the United States of America. We have every confidence that the Canadian and US legal systems will reach a just conclusion in the following proceedings.

"As we have stressed all along, Huawei complies with all applicable laws and regulations in the countries and regions where we operate, including export control and sanction laws of the UN, US, and EU. We look forward to a timely resolution to this matter."

According to Business in Vancouver, Meng will next appear in court Feb. 6 to set dates for an extradition hearing. Restrictions in her bail terms include a curfew of 11 p.m. to 6 a.m., unless she gets prior permission or in case of medical emergency. Meng must also surrender all passports and stay in designated areas within Vancouver, Richmond and part of North Shore and must stay clear of YVR. She will wear an ankle bracelet for tracking and be accompanied by two private security officers anytime outside her home.

The U.S. has accused Meng and Huawei of using a Hong Kong shell company to sell equipment to Iran in violation of U.S. sanctions. It also says Meng and Huawei misled banks about the company's business dealings in Iran.

In urging the court to reject Meng's bail request, pending an extradition hearing, prosecutor John Gibb-Carsley noted the Huawei executive has vast resources and a strong incentive to flee as she is facing fraud charges in the U.S. that could put her in prison for 30 years.

Gibb-Carsley later told the judge that if he does decide to grant bail it should include house arrest.

David Martin, Meng's lawyer, said his client was willing to pay for a surveillance company to monitor her and wear an ankle monitor, but she wanted to be able to travel around Vancouver and its suburbs.

Martin said Meng's husband would put up both of their Vancouver homes plus $1 million for a total value of $15 million as collateral.

The judge cast doubt on that proposal, saying Meng's husband isn't a resident of B.C. — a requirement for him to act as a guarantor that his wife won't flee — and his visitor visa expires in February.

The prosecutor said her husband has no meaningful connections to Vancouver and spends only two or three weeks a year in the city. Gibb-Carsley also expressed concern about the idea of using a security company paid by Meng.

He said later that $15 million would be an appropriate amount if the judge granted bail, but he said half should be in cash.

The hearing has sparked widespread interest, and the courtroom was packed with media and spectators, including some who came to support Meng.

One man in the gallery brought binoculars to have a closer look at Meng, while outside court, a man and woman held a sign that read "Free Ms. Meng."

Le warned both countries that Beijing would take steps based on their response. Asked Monday what those steps might be, Chinese Foreign Ministry spokesman Lu Kang said only, "It totally depends on the Canadian side itself."

Following her arrest at YVR last Wednesday, Meng was taken to Richmond Hospital, suffering from hypertension.

Meng’s health and previous medical history, detailed in the court document, is part of her argument to be granted bail, pending any hearing to decide her extradition to the U.S., where she faces fraud charges.

Meng said in her sworn affidavit that “work obligations have typically required that I travel extensively, I always try to spend at least 2-3 weeks in Vancouver every summer.”

In her affidavit, Meng notes that while she has Hong Kong and Chinese passports, she did previously spend some time as a Canadian permanent resident but has long since relinquished that status.

In 2009, she and her husband Xiaozong Liu purchased a home at 4005 28th St. in Vancouver, which was actually broken into over the weekend.

The couple had children who also attended school in Vancouver for some time and later, the family also spent their summers in town. The family’s main residence is in Shenzhen, China.

Meng’s longer term health issues are also detailed in the affidavit, including her struggle hypertension and sleep apnea.

"I continue to feel unwell and I am worried about my health deteriorating while I am incarcerated," the affidavit read.

Meng said that she has had "numerous health problems" during her life, including surgery for thyroid cancer in 2011.

“In May of 2018 I had surgery to remedy health issues related to sleep apnea. I currently have difficult eating solid foods and have had to modify my diet to address those issues.”

She goes on to state she has no criminal record “in China or anywhere.”

If granted bail, Meng says she would surrender both passports and would live at one of her two Vancouver homes; her family would also live in Vancouver with her.

“My father founded Huawei and I would never do anything that would cause the company reputational damage,” the affidavit reads.

“I maintain that I am innocent of the allegations that have been levelled at me.”

In a separate affidavit, Meng’s husband Liu Xiaozong notes that the couple share a daughter, while Meng has three older sons from previous marriages. Their daughter and one of Meng’s older sons have attended school in Vancouver, he notes.

Her arrest has infuriated Beijing, rocking stock markets and raising tensions amid an apparent truce in the US-China trade war.

Beijing's latest outcry over the case also led to the suspension of a planned Canadian forestry trade mission from B.C. to China this week.

China has itself faced global criticism over its human rights record and treatment of detained activists and minorities.

Huawei is the biggest global supplier of network gear for phone and internet companies and has been the target of deepening U.S. security concerns over its ties to the Chinese government.

Huawei told the Richmond News last Wednesday that it has “every confidence that the Canadian and U.S. legal systems will reach the right conclusion."

The U.S. has pressured European countries and other allies to limit use of its technology, warning they could be opening themselves up to surveillance and theft of information.

Canada is one of the few remaining Western nations to apparently ignore those warnings and has openly courted the company to do business here, including in B.C. and Richmond, with MLA Teresa Wat having close ties with the tech giant.

With files from Associated Press, The Province and AFP