This isn't the first time one of Richmond Food Security's beehives had been knocked over.
May 11, 2021 5:32 PM By: Nono Shen 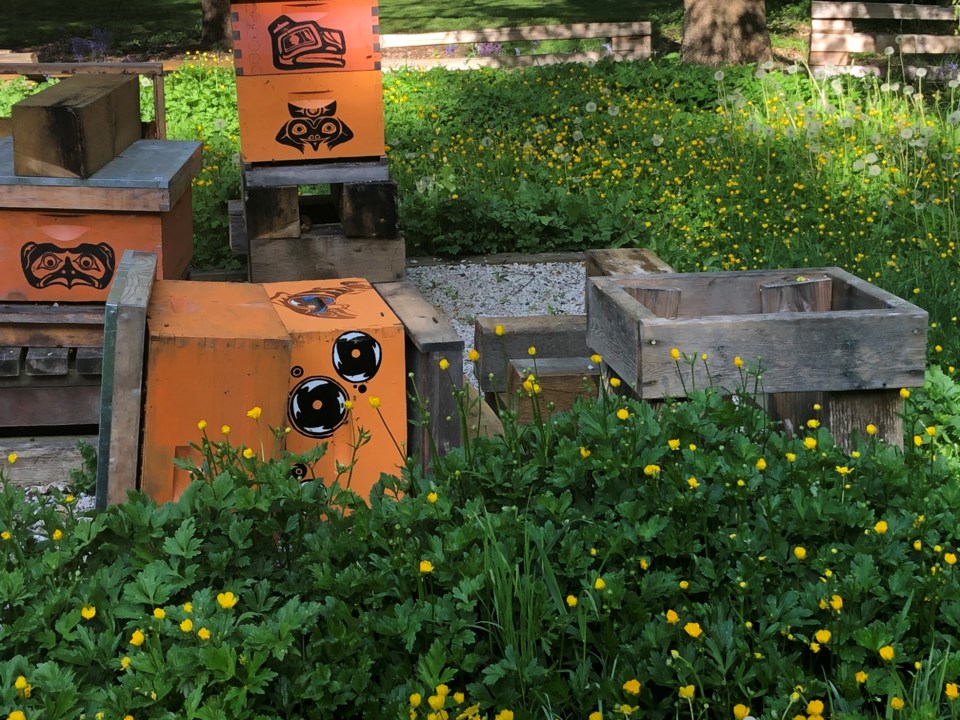 Richmondite Ian Lai said those honeybees are like his children and seeing their hive vandalized made him feel like part of his family had been attacked. Submitted photo

A Richmondite is furious after discovering one of his beehives had apparently been kicked over at Paulik Neighbourhood Park Tuesday morning.

Ian Lai, executive director of Richmond Food Security (RFS), told the Richmond News that those honeybees are like his children and seeing their hive vandalized made him feel like part of his family had been attacked.

“It’s very sad that people in the community are so mindless,” said Lai.

Everything was fine yesterday, said Lai, but this morning he noticed one of the hives was on its side, which could only have been done by a person or people, because it would have taken a lot of strength to knock it over, according to Lai.

This isn’t the first time one of RFS’ beehives have been pushed over, said Lai. The same thing happened at another site.

“If it’s something they are afraid of, I would encourage them to connect me. I would explain to people why bees are so important to our ecosystem and one-third of the food we eat comes from pollination,” said Lai, adding that they are beautiful creatures.

Lai also noted that the bees are very docile creatures that don’t bother people unless people disturb them.

The beehive has since been re-established and Lai plans to do an inspection tomorrow to ensure that all bees are doing fine.