Branch director Andrea Delf said a shocking 40 per cent of kids at two local schools will need help during the summer
May 11, 2021 3:38 PM By: Alan Campbell 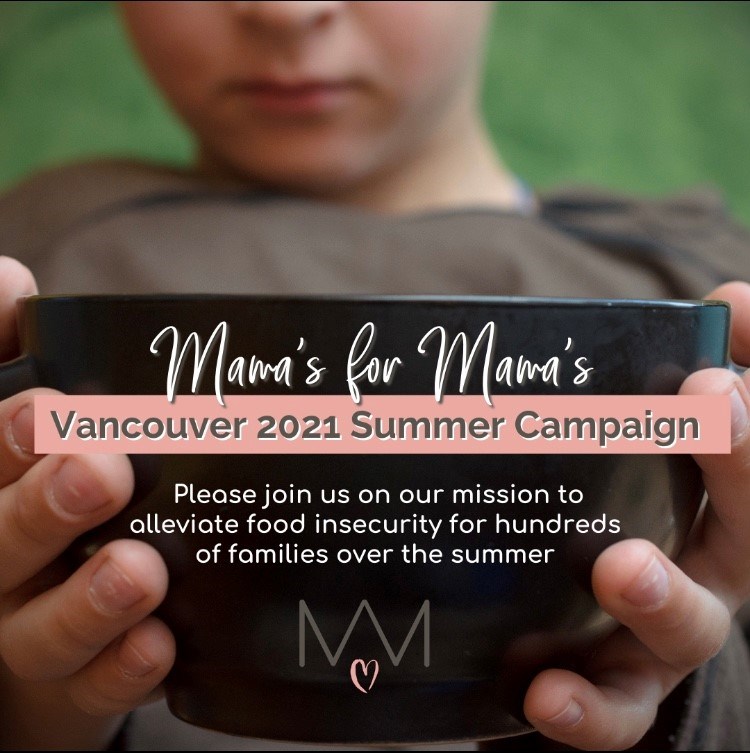 A Richmond charity has launched its first ever summer-specific fundraiser to help families that struggle when the schools are not in session.

Mamas for Mamas kicked off its “2021 Summer Campaign” last week, aimed at filling the void of care for children when schools break for the summer holidays.

The Richmond branch of Mamas for Mamas is asking for help to raise as much money as possible so it can help the hundreds of families that need support over the summer months.

“A few years ago, we were organizing Christmas hampers for families in need, and I will never forget the response from one little eight-year-old boy,” recalled the charity’s branch director, Andrea Delf.

“When the principal asked him what he'd like on his wish list he replied with “a sandwich.”

“That was a powerful moment. I realized that behind so many doors there are children who go hungry every single day and parents who stay up at night wondering how they are going to feed their family.”

Delf said she also realized the need to talk more about hidden poverty, especially in places of apparent affluence and wealth, such as Richmond and Vancouver.

“After getting to know several principals and school counsellors over the years, we learned that many kids lean on them for breakfast and for lunch,” added Delf.

“There are programs and resources in place for these kids at school but what about when school isn't in session?”

A few weeks ago, Delf spoke with two different principals in Richmond, both from low-income pockets of the city, and “was shocked at the numbers” they gave her.

“Out of 500 students, 40 per cent could desperately use some support over the summer,” she said.

“So, here we begin our mission. If you would like to be a part of this campaign and support a family for July and August, all you have to do is click the link to donate.

“Once we have all the donations in, we will purchase gift cards to both Superstore and Walmart and deliver them to the principal of each school so they can gift to the chosen families before summer break begins.”

Delf said this past year has been “extremely challenging for so many people.

“We have seen hard working, smart individuals get laid off and unable to find more work. We've seen mamas escape an abusive relationship in the middle of the night with their children.

“We've seen families at BC Children's Hospital that now reside here, away from their life somewhere else in BC, because their child is undergoing chemotherapy for the next year.

“We've heard stories that have brought us to our knees, but that have made us even more motivated and determined to help.”

Go to this link online to donate:

Mother's Day: Motherhood a challenge, rewarding experience for a Richmond mom
May 8, 2021 2:30 PM