RAPS has had the contract for animal control and sheltering for the last 13 years in Richmond
Jan 31, 2021 11:06 AM By: Alan Campbell 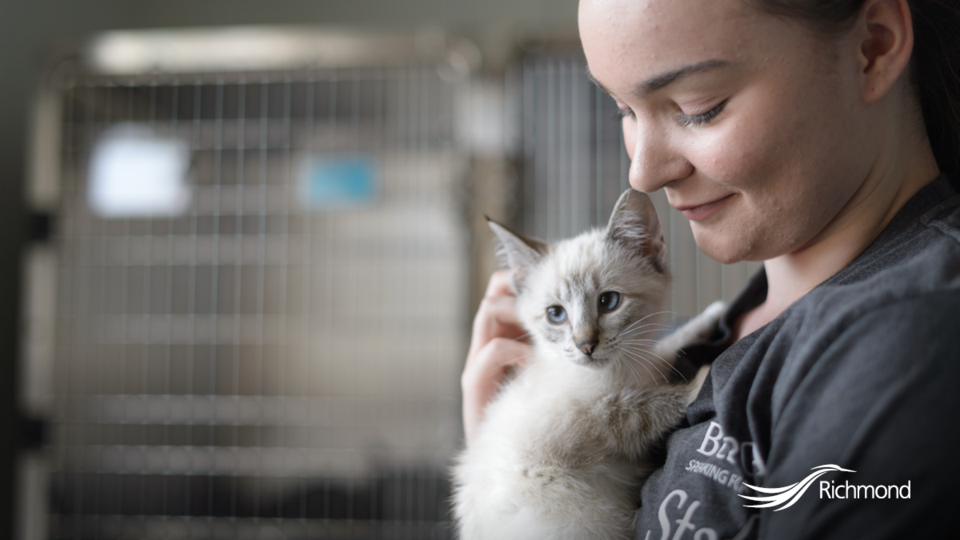 The BC SPCA is taking over animal control and sheltering as of midnight Jan. 31City of Richmond photo

Tonight at midnight, responsibility for Richmond’s animal sheltering and control will be officially be handed over to the BC SPCA.

As of the end of Jan. 31, Richmond-based RAPS (Regional Animal Protection Society) will end its 13-year contract with the city, handing the reins to the BC SPCA.

As such, starting Monday, residents with animal control or sheltering issues should call 604-709-4668.

The dedicated number, said the City of Richmond, will connect people directly with BC SPCA staff during working hours.

After hours phone messaging will provide details on when and how to contact either the city’s bylaws department or the RCMP.

Inquiries related to animal regulations, dog licensing and fees will continue to be directed to the city’s community bylaws department at 604-276-4345. This number is unchanged.

The BC SPCA said it will make every effort to contact pet owners in order to return lost and wandering animals to their homes before they are taken to shelter.

If shelter is needed, animals will be processed and cared for at the SPCA’s Vancouver location at 1205 East 7th Ave. while awaiting their owners or rehoming.

This temporary arrangement will enable construction to begin on the new Richmond Animal Shelter at 12071 No. 5 Rd. this coming spring.

Because the new facility will be built on the same site, the existing shelter will close for approximately two years during the construction.

RAPS, when it was known as the “Richmond” Animal Protection Society, took over the contract in 2007 from the BC SPCA, after undercutting their bid.

Since then, RAPS has undergone massive changes in management and operations, including building its own state-of-the-art animal hospital, based at Richmond Auto Mall.

RAPS’ animal hospital, cat shelter and thrift stores are operated directly by the society and are not a part of its contract with the city, therefore, they are not impacted by handover.