Richmond pushes for education to stop cats from killing birds 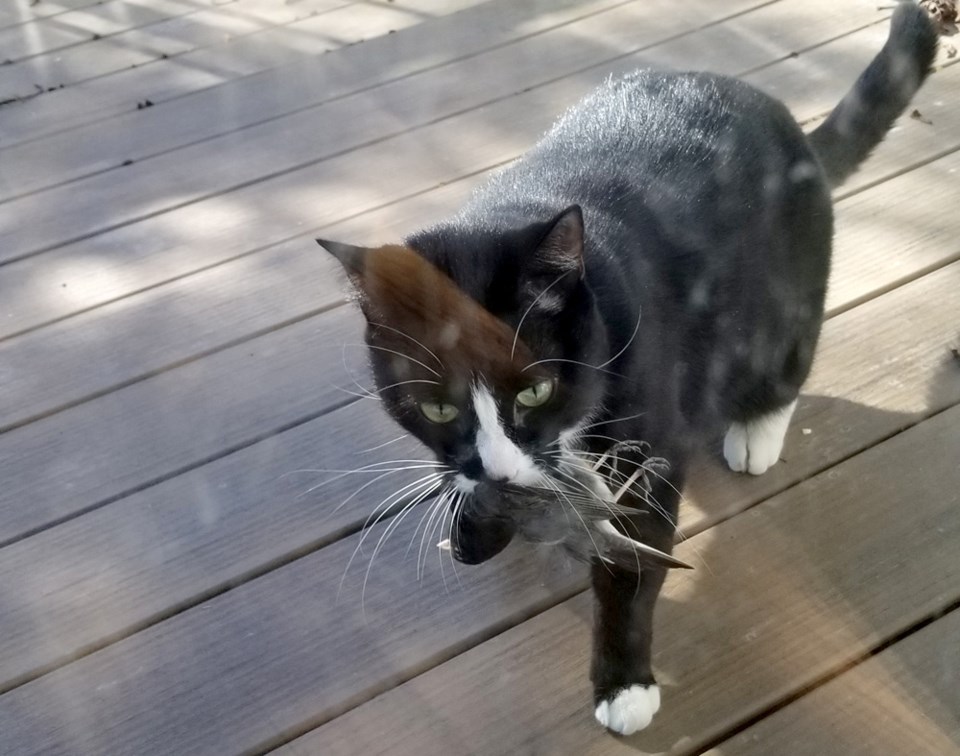 Richmond council wants to educate the public on keeping cats from killing birds, rather than changing bylaws.Photo submitted

Richmond won’t be changing its bylaws any time soon to stop cats from killing birds, but the city will try to educate the public on this threat to wildlife.

Richmond council wants RAPS and the BC SPCA to help educate residents on keeping cats safe and preventing them from killing birds.

A motion by Coun. Michael Wolfe at Monday’s committee meeting to change Richmond’s cat-related bylaws was rejected by the majority of council.

Mayor Malcolm Brodie said he’d rather work on the issue with RAPS and BC SPCA, which will be taking over the contract for Richmond’s animal shelter.

“Just because it happens in Richmond doesn’t make it a city responsibility,” Brodie said.

Cats are one of the leading causes of bird deaths, according to the Audubon Society.

Wolfe’s motion was to update cat-related bylaws and educate the public in order to “reduce the number of bird and other wildlife-related fatalities from the teeth and claws of domestic cats.”

Wolfe explained in his rationale for the motion that the domestic cat contributes every year to the death of between 100 to 350 million birds world-wide.

Wolfe claims free-roaming cats are the “most problematic,” with many leaving “dead ‘presents’” for their owners.

“When humans have introduced animals into local ecosystems where they do not belong, they can wreak havoc,” Wolfe elaborates.

Solutions suggested by Wolfe’s motion include training cats to stay indoors or only allowing them out on leash and under supervision.

In the end, Wolfe’s motion was only supported by himself and Couns. Carol Day and Harold Steves.

A referral to have the city work with BC SPCA and RAPS on disseminating cat education material was passed unanimously with Wolfe saying he’d support it because “something is better than nothing.”