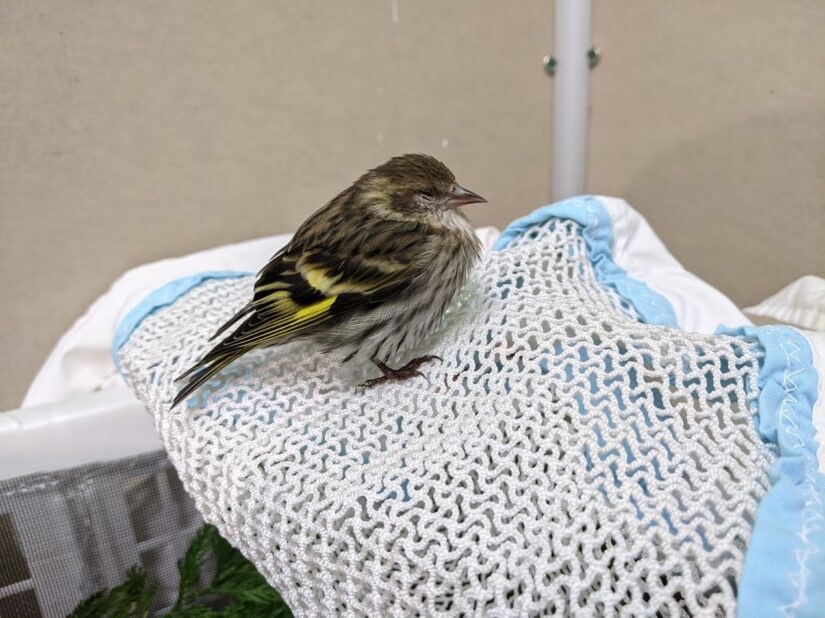 Many pine siskin birds have been admitted to wildlife rehabilitation centres due to a salmonella outbreak in B.C.BC SPCA

BC SPCA is asking all bird lovers across the province to remove their backyard bird feeders to stop the spread of an ongoing salmonella outbreak.

In February and March, wildlife rehabilitation centres in the Lower Mainland saw an increase in pine siskin birds being admitted due to salmonella infection, and the public is being asked to remove all bird feeders to be until April and May to stop the outbreak.

The BC SPCA recommends only providing feeders in winter between October and March as there are “lots of natural food for birds” in the spring and summer months.

“Hummingbird feeders are not at risk at this point in time, but this is a good reminder to regularly change and clean hummingbird feeders to prevent deadly fungal outbreaks,” said BC SPCA in a media statement.

The first call for bird feeders to be removed in the province was made in January.

At the time, 43 pine siskins were admitted to BC SPCA’s Wild Animal Rehabilitation Centre in Victoria with many showing signs of disease and a few surviving.

Sick birds have now been received from the interior, including Penticton and Vernon, and as far east as Cranbook.

The BC SPCA recognizes that bird feeding, though a popular activity, carries risks. Backyard bird feeders can facilitate the spread of disease, provide inadequate nutrition and increase the risk of window strikes, predation and conflicts with other wild animals.

If sick birds at spotted at feeders or in the area, immediately remove or clean your bird feeders to help curb the disease and contact the BC SPCA at 1-855-622-7722 for advice.