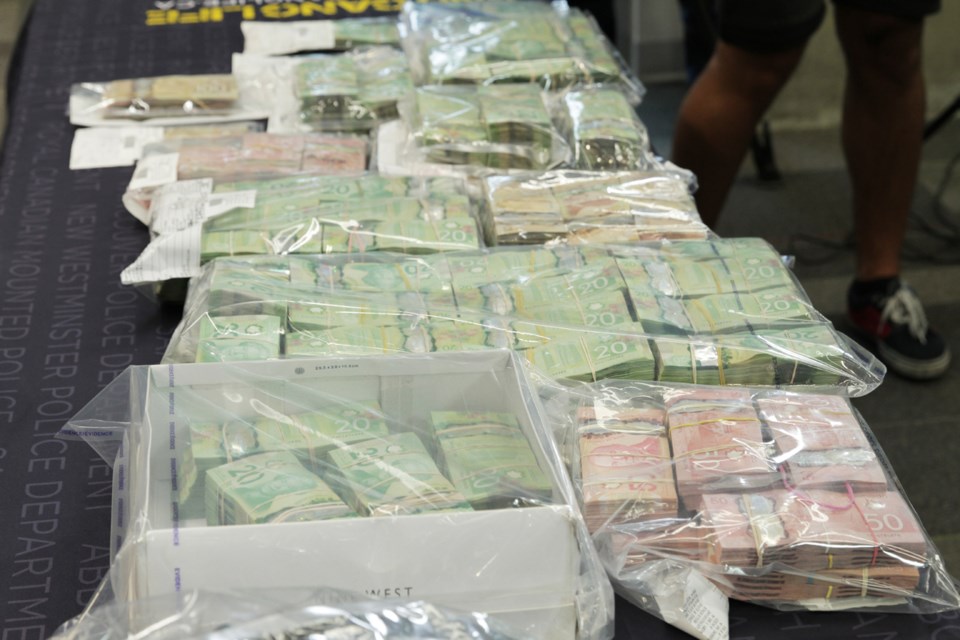 A Richmond residence was one of six properties raided across the Lower Mainland by a special police unit as part of a massive probe into illegal gaming houses.

After an extensive, year-long investigation into money laundering, with ties to organized crime, nine people have now been arrested, with more expected to come.

A spokesperson for the Combined Forces Special Enforcement Unit of BC (CFSEU-BC), which carried out the raids, was unable to give specific information with regard to the homes’ locations or the locale of those arrested, as the investigation was still ive.

But the Richmond News understands that at least one of the properties in question was searched Monday night by officers executing a warrant.

A search of six residences resulted in the seizure of large amounts of cash and bank drafts, drug paraphernalia, suitcases, cell phones, computers and other related material.

Also seized were a number of luxury vehicles, including one with a sophisticated hidden compartment.

In May of 2016, the investigation determined that a criminal organization allegedly operating illegal gaming houses was also facilitating money laundering for drug traffickers, loan sharking, and conducting kidnappings and extortions within the hierarchy of this organized crime group, which has links nationally and internationally, including mainland China.

The investigation also revealed several schemes related to the collection and transferring of large amounts of money within and for the criminal organization.

During the probe, say police, it was apparent that there were multiple roles filled by different people which enabled or facilitated the organization in laundering large amounts of money through casinos.

“Top tier organized crime is not easy to tackle and requires a coordinated approach to achieve results,” said assistant commissioner Kevin Hackett, of the CFSEU-BC.

“The individuals associated with this level of criminal activity conducted their operations in a sophisticated manner.

“The CFSEU-BC JIGIT team led this investigation but was supported by hundreds of resources and thousands of hours of committed and dedicated service by all the officers and support staff involved.”