A video shows a China and Hong Kong pro-democracy activist from Richmond was beaten, kicked outside a journalist’s home in Surrey.
Dec 3, 2020 3:00 PM By: Nono Shen 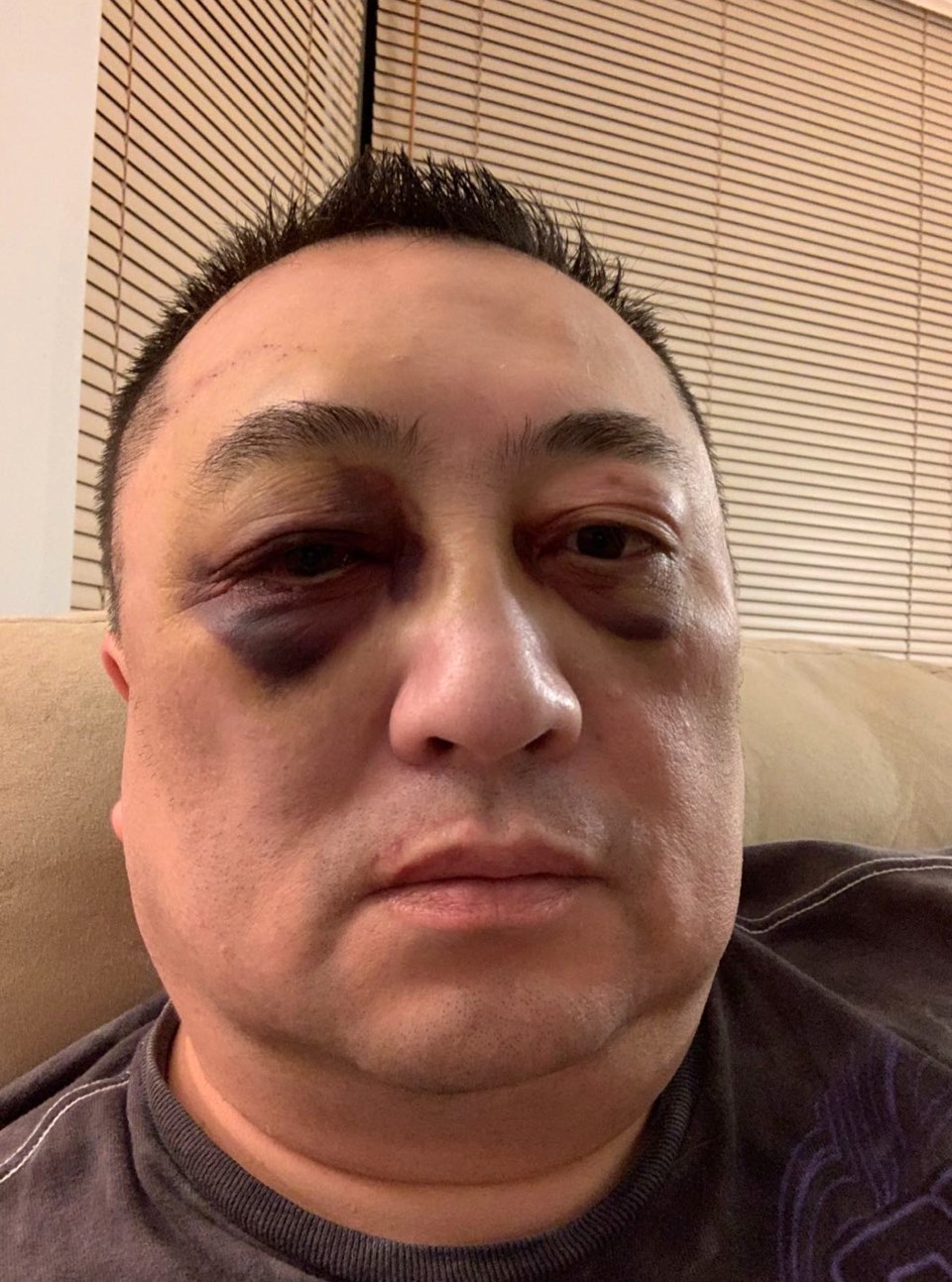 Human rights activist Louis Huang said he was taken to hospital after getting punched in the face. Photo submitted

A China and Hong Kong pro-democracy activist from Richmond, who was beaten outside his friend’s home in Surrey last week, is urging Surrey RCMP to lay charges against those involved.

“I am very disappointed with how Surrey police are handling the case. I contacted the police right away after getting brutally beaten by two people on Nov. 25, but I haven’t heard anything from them yet,” Richmondite Louis Huang told the Richmond News on Monday, adding that one of his teeth is broken, his cheekbone fractured and he may need surgery.

Huang was asked by his friend Bingchen Gao, an independent Chinese journalist, to accompany him to Surrey city hall and the Surrey RCMP to file complaints against a protest that has been going on every day since September outside of Gao’s home, said Huang, adding that he was going to help Gao as a translator.

But while outside waiting to drive his friend, Huang said he was approached by “two strangers he had never met,” who punched then kicked him in the face while lying on the ground.

The assault was captured on a CCTV recording from Gao’s home in the Green Timbers neighbourhood.

Surrey spokesperson Elenore Sturko confirmed two individuals were arrested in connection with the assault and the investigation is ongoing. Criminal charges are being considered, she added.

According to Huang, the group of protestors is affiliated with former White House strategist Steve Bannon and exiled Chinese billionaire businessman Miles Guo, aka Miles Kwok, who is a strong critic of the Chinese government and is also facing allegations of money laundering and bribes back in China.

The protestors claim Gao is a Chinese Communist Party (CCP) spy. Last Thursday, a Glacier Media reporter tried to ask some protesters about their motives, but they claimed to not speak English.

Gao is an independent Chinese blogger and YouTuber operating a news channel with 29,300 subscribers. Most of his work criticizes the CCP and wealthy Chinese businessmen who live overseas, such as Kwok.

“My friend Gao has been targeted by this group of protestors every day since Sept. 14. His family members and neighbours feel threatened by them,” said Huang, adding Gao is “a firm pro-democracy activist who has been mislabelled as a CCP spy.”

“This is part of Kwok’s strategy to spread misinformation to the world. I hope the police officers and the City of Surrey bring peace and tranquility to Gao’s family and the neighbourhood he lives in,” added Huang.