10 winners were chosen to have their designs displayed on major streets
Feb 24, 2021 7:00 AM By: Kirsten Clarke 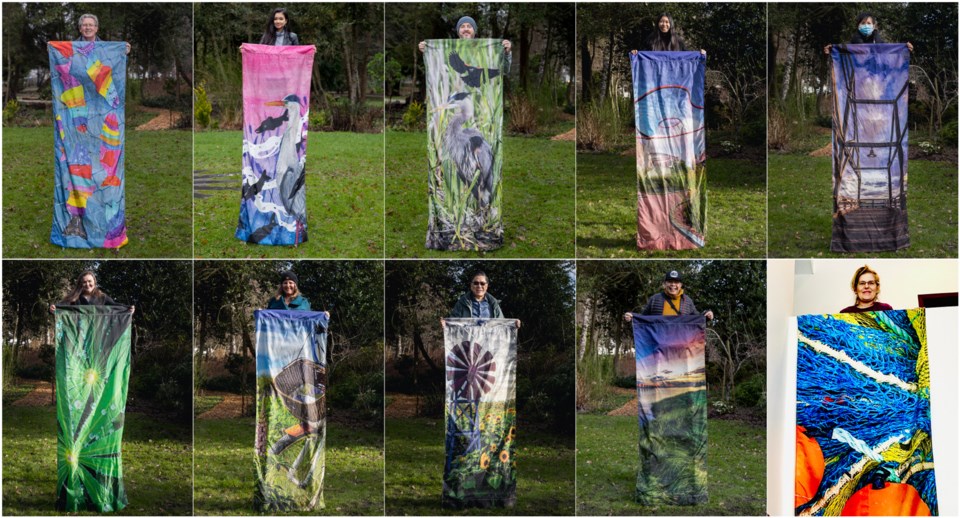 It was a record year for Richmond’s street banner contest, which saw more than 650 designs submitted to the city and over 4,000 votes cast by the public to choose the winners.

Ten local artists were chosen to have their banner designs displayed along major streets throughout Richmond from the beginning of March to early 2022. The street banner contest was colourfully wrapped up at Monday’s city council meeting with the winners recognized during a virtual meeting.

“We’re fortunate to have such talented and community-oriented residents in Richmond,” said Mayor Malcolm Brodie, in a statement.

“In a year where engagement and gatherings have been difficult, we’re proud to have had the opportunity to safely involve the community in beautifying our city.”

The 650 design submissions included collages, art, photographs, graphic images – and all are available to view online at richmond.ca/banners.

The entries had to represent one of 10 themes: resilience, community, connection, wellness, active living, urban landscape, nature, sustainability, island city or the arts.

A judging panel made up of community members short-listed 20 designs from each category for the public to vote on through LetsTalkRichmond.ca. According to the city, a record 4,600 votes were cast, and the 10 designs with the most votes were selected as this year’s winners.

The City of Richmond street banner program is an initiative of Partners for Beautification, a community-engagement program that encourages residents to become actively involved in creating a vibrant and beautiful community.