Throwback Thursday: Looking back at the interurban trams connecting Richmond and Greater Vancouver

Long before the Canada Line, Richmond and Vancouver were joined by an interurban tram line. Interurban trams are similar to streetcars, only larger and more powerful, capable of moving freight as well as passengers between cities.
Oct 17, 2019 3:03 PM By: Kirsten Clarke 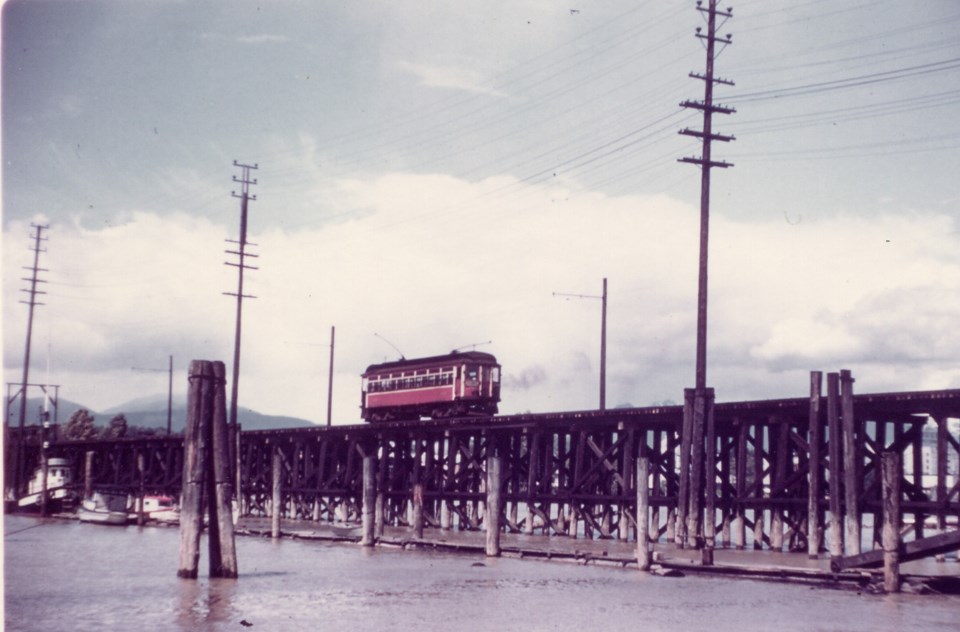 Tram car 1205 crosses the Marpole Bridge in 1951, on the Vancouver-Steveston line. Interurban trams ran throughout Metro Vancouver between the late 1890s to 1958.City of Richmond archives

Long before the Canada Line, Richmond and Vancouver were joined by an interurban tram line.

Interurban trams are similar to streetcars, only larger and more powerful, capable of moving freight as well as passengers between cities. Service was typically every 30 or 60 minutes, and tram routes typically followed railway lines.

An interurban system ran throughout Greater Vancouver from the early 1890s until 1958, operating along five major lines that connected Vancouver to Richmond, Burnaby, New Westminster and Chilliwack.

In January 1905, the B.C. Electric Railway Company (BCER), which ran the interurban system, announced that it would lease — and electrify — the Vancouver and Lulu Island Railway from CP Rail to begin tram service from Vancouver to Richmond.

Trams running along the Vancouver-Steveston line crossed from Marpole to Lulu Island over the Marpole rail bridge, which still stands today and is now owned by CP Rail. Another Marpole bridge lay a short distance away over the north arm of the Fraser River. This low-level swing  was constructed for foot and vehicle traffic in 1901, and was eventually replaced by the Oak Street Bridge, which opened in June 1957.

The popularity of streetcars began to diminish in the 1930s: most of the trams and the interurban system was over 40 years old by the end of the Depression. The convenience of personal cars was also on the rise.

By the end of the Second World War, BCER needed to modernized its fleet of vehicles and decided — instead of revamping the interurban lines — to replace the streetcar fleet with rubber-tired buses, which the company began to roll out in the late 1940s.

The last of the trams finished up service in Steveston in February 1958 (shown in a home video, below, from the City of Richmond archives).

Many of the cars were dismantled and incinerated; only seven of the BCER tram cars survive today, one of which — tram car 1220 — is still located in Steveston and is Richmond’s largest historical artifact. The car underwent a $400,000 restoration in 2017.