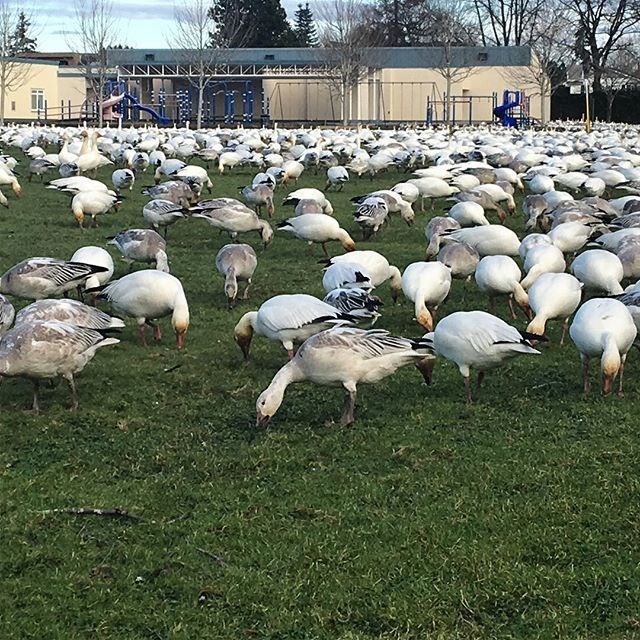 Have you looked outside in Richmond recently?

If so, have you spotted the flocks of snow geese that fly over every winter?

It’s quite the spectacle to see thousands of these birds sweep over the city, and many residents have been capturing them on film.

Snowgeese flying straight towards me and over my head - Wednesday 6 February 2019 near the @tnnatureschool and @sharingfarm so exciting I forgot how cold it was!! #richmondbc #snowgeese #birds #vancouver #canada #richmondmoments #pnw #PolarVortex pic.twitter.com/NYSguFUnEI

“I truly look forward to this every winter,” she said, adding Terra Nova and Garry Point Park great spots for seeing them.

The geese come south all the way from Siberia to spend the winter months in marshes in southern B.C. and Washington State. The ones we see in Richmond are from a group known as the Fraser-Skagit flock.

November is typically when the most geese are in the city, before some continue on to the Skagit Delta. There’s a second peak in geese numbers in late March, which we’re approaching now.

It’s estimated more than 100,000 snow geese reside in the Fraser Delta every winter.