Sharing smiles, brushing up on education 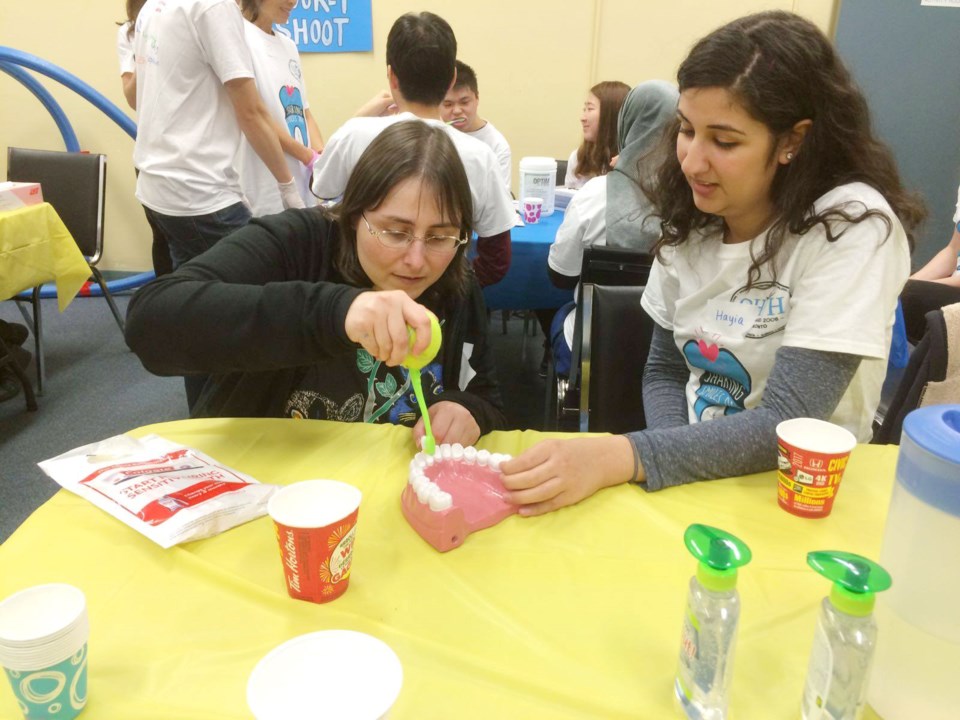 As a 42-year-old adult, Sheri Friesen was pretty confident she knew as much as she needed to know about her oral health.

That was until she took part in the Richmond Centre for Disability’s (RCD) inaugural Sharing Smiles event last week, which was run in conjunction with UBC’s dentistry program.

Despite having good oral health and visiting the dentist every six months, Friesen — who lives in central Richmond and is a volunteer and member of RCD — said she had, until Sharing Smiles, never been shown how to brush her teeth properly.

“It was pretty fun, it totally wasn’t what I was expecting,” said Friesen, who took part in the event, which was led by UBC dentistry students as part of their community education program.

“I was expecting everyone to be sitting around a table and watching something on TV. Instead, there were games, interactive things and demonstrations on how to brush your teeth properly.

“I’d never, ever been shown; I guess the dentist just assumes that I know how to do it.”

Close to 30 UBC dentistry students organized the event, supported by their dean and professors, as well as many sponsors.

And, according to RCD’s community outreach coordinator, Dave Thomson, between 40 and 50 RCD members turned out for the event.

“The dentistry school at UBC approached us about their education program for lower income people, who maybe don’t get to the dentist that much,” explained Thomson.

“It’s designed to expose students to different people who have different challenges when it comes to being seen by a dentist, such as bad dry mouth spasms, autism and those who’re non-verbal.

“And anything that helps our members has to be a good thing.”

Thomson said RCD is planning to expand out into the universities more as “getting out there and reaching the student population is vital; they are our future volunteers and donors.”

The plan for next year may be to involve more local dentists and perhaps introduce some sensitivity training into the program.