Seniors and families are Richmond's new face of homelessness: Chimo 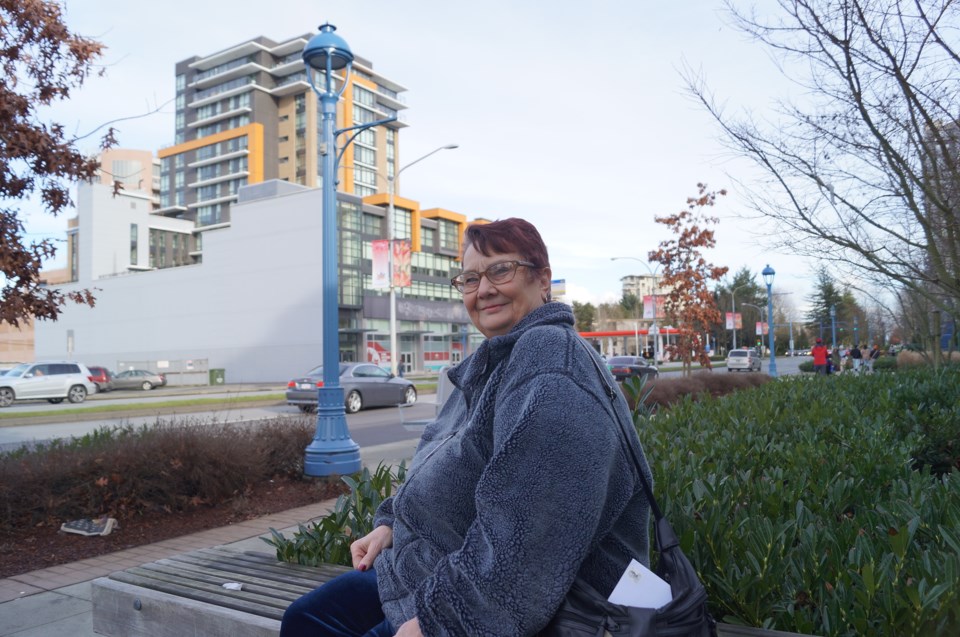 Judy Lyk was fortunate to be housed in Storeys, a new 129-unit apartment complex operated by five social service agencies to house vulnerable people. But Storeys is already full and more seniors are falling into homelessness says Chimo Community Services.

One of the first residents of Richmond’s new, 129-unit subsidized rental housing development says a lifetime of working as a social worker while raising three children on her own nevertheless left her homeless at the age of 69.

And despite being housed in a new unit, Judy Lylyk said she is left with roughly $250 for food and toiletries each month after her Canadian Pension Plan and Old Age Security payments. That’s because, despite the subsidy, she still pays $880 for a small bachelor suite at Storeys.

“My grandfather would be rolling over in his grave if he knew I was living in a shelter, homeless,” said Lylyk.

Now 70, Lylyk is the new face of homelessness in Richmond and B.C., says Diane Sugars, executive director of Chimo Community Services, a non-profit organization that, in recent years, has found the lack of adequate housing to be a significant contributor to domestic crisis situations, for which it is mandated to help people.

“We want to give people the new picture of homelessness. What was 10 years ago, isn’t today; the face of homelessness has changed. The new reality is the Judys of the community.

“People have this idea of a person with addiction, or a man sitting in a doorway. It’s not that; it’s changed. It’s seniors, yes, but it’s also families who are faced with the inability to meet their rent. If they’re evicted, they struggle to find a place with affordable rent. We are setting families up for failure, as a community,” said Sugars.

As for seniors, “when you add up OAS and CPP, it doesn’t equate to the rents we’re seeing, even for a bachelor suite, in the Richmond area,” said Sugars.

For instance, since 2006, a one bedroom unit to rent in Richmond has risen 44 per cent, to $1,185, according to Canada Mortgage and Housing Corporation. Meanwhile, in that time, OAS has risen 19 per cent to $586.

Lylyk said she raised three children as a single mother. She wasn’t afforded the ability to save for retirement and encountered financial problems that led to a bankruptcy. As she aged and wasn’t able to work further, her housing situation spiralled to the point outreach workers placed her in Nova Transition House for women, an overcapacity group home for women in Richmond.

“Any woman on the street or in a shelter is at risk of harm,” said Sugars.

“I still need little things, like a kettle; things that if I buy will cut into my grocery money,” said Lylyk, who told the News she worked at Richmond Community Services at one point in her career.

Richmond was Lylyk’s home and Sugars says the notion pushed by developers and politicians that one should move if one cannot afford to live here underscores a serious injustice developing in the local community.

Despite adding an average of 130 affordable/subsidized units per year over the past 10 years, Sugars said more such housing is needed.

“The refugees need a place to live, I’m all for it, but we also need to look after our own,” said Lylyk.