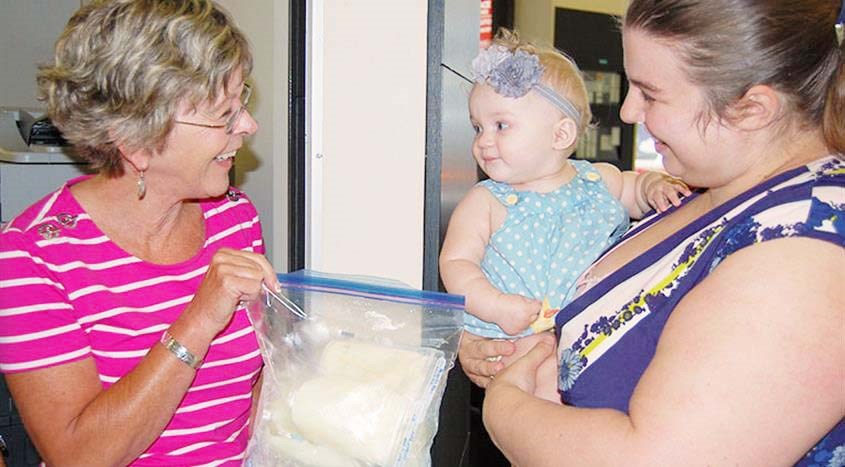 Richmond’s Milk Bank Depot has been the most successful one in all of Vancouver Coastal Health’s (VCH) milk bank network in B.C. after one year of operation.

Launched in August 2016, the depot has received a total of 283.5 kilograms of milk – the equivalent of 71 four-litre milk jugs – from mom donors, according to BC Women’s Provincial Milk Bank.

This marks the highest donation rate of any of the five collection VCH depots located in Vancouver, Squamish and on the North Shore.

“The workers in the Richmond depot have done a very good job letting mothers know the importance of the donation,” Jones added.

She said 50 per cent of the milk collected in Richmond — at 8100 Granville Avenue — will be delivered to Richmond Hospital and the rest will be distributed to the babies most in need at neonatal intensive care units across B.C.

Health officials believe a combination of factors contribute to the high donation rate of breast milk in Richmond.

“Not only is the depot located in a convenient location with a welcoming environment, but donors are also pre-screened, so our reception staff can receive the milk in an easy, smooth transfer,” said Gail Morrow, public health nurse at the Richmond Early Years Program.

“(And) we are supporting the moms who donate by replacing their milk collection bags (so they don’t have that additional expense),” said Richmond public health dietitian Anne Swann.

Swann added that the depot did a big promotion last fall, sending out posters to all the doctors and midwives offices, and also to pharmacies that rent breast pumps.

Workers also provide information to moms through home visits and parent groups to increase awareness of the need for donated breast milk.

Jones said the demand for donated human milk continuously exceeds supply, and they are always looking for healthy mothers who have more breast milk than they need for their own baby to help others.

Dine locally with takeout offers from the Discovery Passport
Apr 14, 2021 8:45 AM