Richmond youth encourage peers to get involved in politics 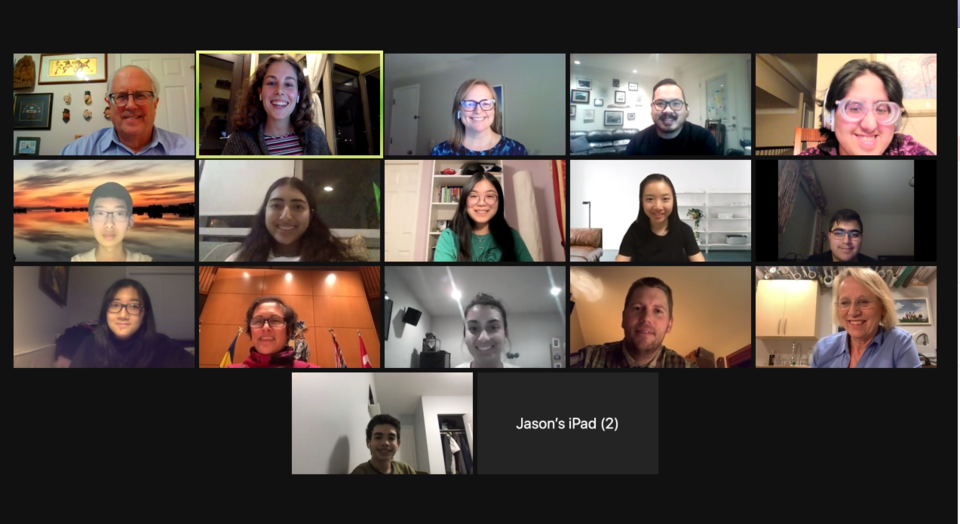 Richmond youth are learning about politics through a city-led program.City of Richmond

There’s a lot happening at the City of Richmond that most residents are unaware of – this was one of the first impressions Sarina Sandhu, 17, got when she started taking part in the city’s Youth Civic Engagement program.

Before starting the program, she attended a city council meeting last year and was impressed by a number of environmental awards given to the city.

“I think people tend to underestimate what a great city Richmond is and I wanted to learn more about what role the government plays in that,” Sarina said.

So, when her social studies teacher told her about the program, she jumped on board.

Sarina is getting together with a group of like-minded youth every week over two months – on Zoom – to learn more about politics at the city level and learn how decisions are made.

“I was hoping to learn about opportunities for youth to get involved in politics and more specifically municipal politics,” Sarina explained. “That’s something that affects us – it’s small, it’s easier for us to get involved.”

And Sarina is learning about what the city can control and what belongs to other levels of government, for example, that education is under the provincial jurisdiction but roads and community safety fall under the city’s purview.

Top priorities for Sarina in civic government are community service and community safety. She noted the crime rate in her area is pretty high and she’d like the city to tackle that issue.

Zachary Andrade, who is in Grade 11 at Steveston-London secondary, joined the Youth Civic Engagement program wanting to learn about the inner workings of the city.

One lesson he’s taken away from the program is that city government is a “slow-moving process,” and just chopping down a tree or demolishing a house involves a lot of steps.

But learning about the history of Richmond, about horseracing in the city, the internment of the Japanese during the Second World War, the original Indigenous groups, has been an eye-opener for him.

Zachary was impressed when he learned during the program how many protected ecosystems there are in Richmond, and he hopes all residents work to conserve the environment.

“There’s always something more that we could be doing just in our every day lives that can impact the environment in some small way,” Zachary said. “And those different changes can make a larger change on a bigger scale over time.”

The students have been meeting with local councillors and the mayor during their sessions.

Sarina said she was surprised at how meeting them was “not so formal” and they could have a casual conversation with them. (Zachary asked Mayor Malcolm Brodie who was the most famous person he’d met, to which he replied, “the Queen.”)

Sarina would like to see more youth involved in the community – either through their school’s city council or by volunteering with a political campaign, a great way to “network,” she said.

During the fall provincial election, Sarina volunteered on Coun. Alexa Loo’s provincial campaign, handing out flyers and knocking on doors.

Through student council at her school, Hugh McRoberts secondary, Sarina was able to give input into Richmond School District's strategic plan, its blueprint for the future.

Zachary sits on the Steveston Youth Council and he’s learning how to put on and promote events. Currently, the group is promoting Pink Shirt Day with virtual events over several weeks.

Small events like these can “boost the morale of the community,” he said. Even a small, one-day event can make someone’s day or week, he added.

Sarina is planning a career in medical lab sciences, but she is also considering running one day for public office, perhaps at the provincial or federal level.

While Zachary is interested in politics, he isn’t sure if he wants to get involved as it seems a stressful job with lots of competition, one in which “you’re never going to make everyone happy.”

But that doesn’t mean Richmond residents should rest of their laurels.

“Even if you’re not interested in a career in politics, you should know the basics of what makes a government tick and how even the people seemingly lowest on the totem pole in terms of power (are) still significant – everyone has a role to play in the way our community runs,” Zachary said.