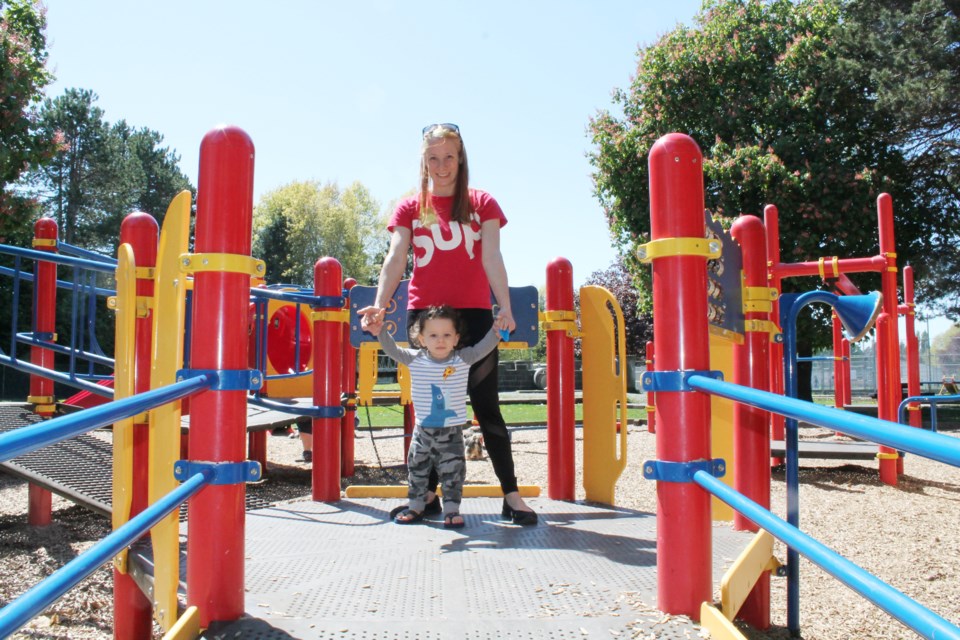 The moment Kaela Marvin’s son was born was precious but it wasn’t the perfect moment she might have been expecting.

The Richmond resident remembers the birth of her son Mattayus as a moment of frustration and confusion but still special.

“When he was born, he was just not having it, he looked angry, and was a very frustrated baby,” said Marvin, adding he didn’t like to be held much.

“I didn’t feel a bond towards him in the beginning, not how everyone explained it, and that instant connection. But the only thought was ‘this precious life is my baby.’”

Marvin said Mattayus, now at 18 months, has changed her life since that day, and he became her whole world after she and her partner separated late last year.

“Motherhood hasn’t been easy, but it has definitely been enjoyable so far, especially as a single mother looking for work and living with a respiratory condition (COPD).”

Marvin told the Richmond News she was worried about how she could take care of herself and Mattayus alone, but she has been lucky to have support from Mamas for Mamas, a local charity providing resources for mothers in need, and community help such as food banks and counsellors.

Because of her medical condition and the fact she still isn’t vaccinated, it’s been hard for Marvin to look for work, and finding and paying for childcare is a daunting task.

In the meantime, she is enjoying motherhood.

Just like most mothers, Marvin’s most memorable moment with her son was the first time he said “mom.”

She had just put him into his crib for his nap, left the room and a few seconds later she heard a string of words coming from his room.

“All I heard was ‘mom, mom, mom’ and I ran back, looked at him and asked what he said and all he did was laugh and repeated it again. It was the funniest and the most exciting moment for me.”

The mother and son duo are often found colouring or playing bubbles at the park together, but recently Mattayus’ interest has been flowers — dandelions especially.

When asked if she ever thought she would be a mother, Marvin said she always knew she would one day.

Whether it was her experience as a babysitter or being surrounded by younger children, Marvin said she loved kids and would always think about how she would raise her own son or daughter and how she would explain certain situations to kids.

“The first couple of months of motherhood is hard, but it gets easier and easier and a message to all new and soon-to-be mothers, it is rewarding and definitely worth it.”