It’s going to be a beautiful day in the neighbourhood 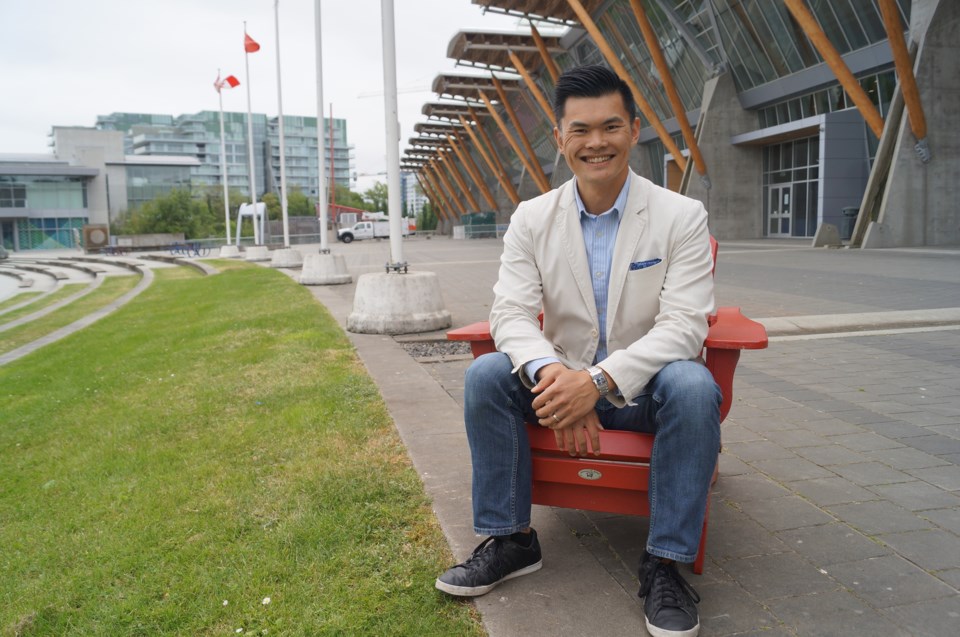 To help promote community connections in City Centre, Pastor Jonathan Chan has organized a community BBQ for all to attend July 7.

Mark it on your calendars. It’s a family-fun block party. Everyone is welcome. And Jonathan Chan, a local pastor, is barbequing 500 hot dogs and dishing out popcorn and ice cream.

Fun aside, Chan, hopes people take away some meaning from the event (5-8 p.m.).

Finding his small City Centre congregation at Crucible Church, on Minoru Boulevard, is struggling to find a common sense of belonging with their neighbours, Chan felt it incumbent upon himself to help organize Richmond Community Day on July 7 at the Richmond Olympic Oval plaza.

“Community days facilitated by residents are rare and since many residents live in isolation, the goal of this block party is to encourage everyone to close the isolation gap,” said Chan.

“Everyone’s just fobbing in and fobbing out,” he said of the residents who live in new apartments between Richmond Centre and the Oval.

And it’s not just a hunch. A recent study out of McGill and UBC showed happiness is lower in high-density neighbourhoods. Richmond’s City Centre neighbourhoods reported the highest levels of isolation and least amount of happiness. A community health study by Vancouver Coastal Health found social isolation to be the most pressing health concern in Richmond.

“We hope this event will deepen neighbourly trust, respect and co-dependency so that everyone can depend on one another for the well-being and flourishing of their neighbourhoods,” said Chan.

While organized by members of the church, the event is non-partisan, said Chan, who simply wants people to step out of their shells and enjoy the outdoors.

Chan told the Richmond News he is concerned residents, many of whom are newly-landed immigrants, are living within the confines of their ethnic culture.

“Culturally, people are not engaged; they’re very passive. They do their own thing; they’re in and out.

“People just don’t talk to each other,” said Chan.

The News asked Chan about how the neighbourhood was thrust into the spotlight recently with protests over temporary modular housing for homeless people. He said a lot of the problem rests with a lack of dialogue between one another and false perceptions.

That is why the event will be host to community groups, such as volunteer organization Richmond Cares, Richmond Gives and immigrant support group S.U.C.C.E.S.S. As well, Musqueam First Nation members will have a booth to inform residents about local history and “being good stewards of the land,” said Chan. Meanwhile the Richmond RCMP will be on hand with a cruiser for kids to explore and family activities will be presented by sponsors TD Canada Trust, T&T Supermarket and the Vancouver Foundation. Also assisting in the party is the City of Richmond for hosting at the Oval.