Do you remember 'paper shacks' in Richmond?

The shacks were mini-distribution hubs for newspapers, but were known hangouts for youngsters
Jan 12, 2021 3:02 PM By: Alan Campbell 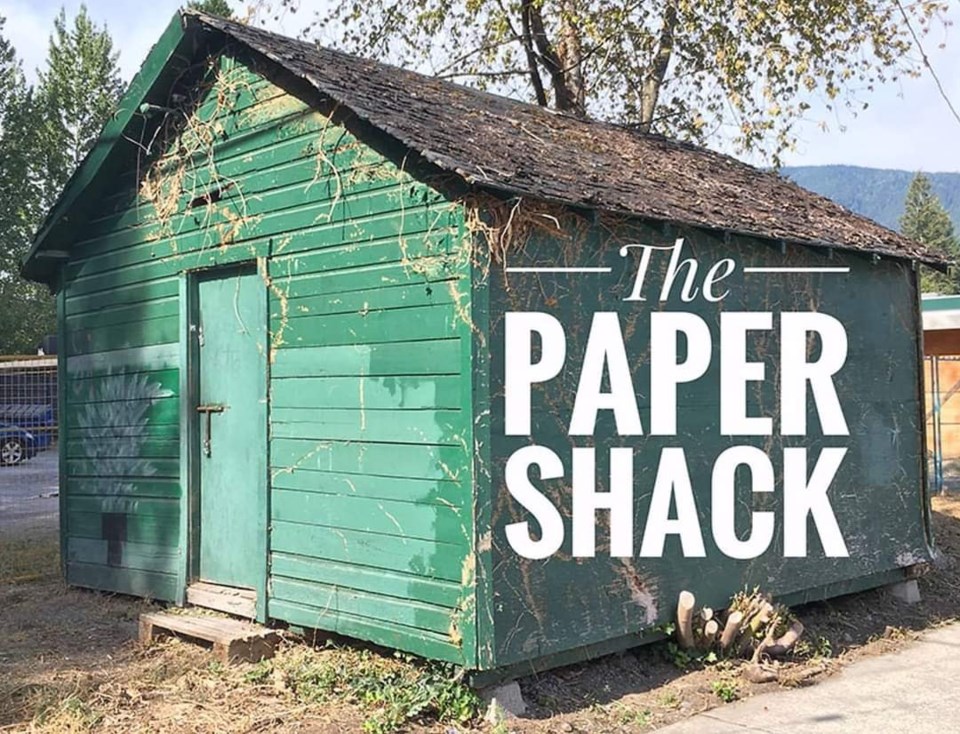 Paper shacks, such as this one believed to be in Richmond, evoked fond memories of the '60s and '70s.Facebook screenshot

Do you remember the paper shacks dotted around Richmond neighbourhoods in the ‘60s and ‘70s?

Apparently, hundreds of Richmondites past and present have vivid recollections of the shacks, often painted green, which served as mini-distribution hubs for the Vancouver Sun, Province and local newspapers.

And after former Richmond resident Ken Gulliman posted a picture of one of the shacks on Facebook community page, childhood memories came flooding back for many, including a rather “ingenious” strategy to make extra cash from the paper route.

“They were everywhere,” Gulliman, who now lives in Hope, told the Richmond News.

“They go back to the ‘50s I think. I was (a paper carrier) in the early ‘70s. It was something that just about every kid did then.

“(The shacks) were unmistakable for their time; I think most people would know what they were for.”

Gulliman said a truck would pull up with the bundles of newspapers and the inside of the shack there was a bench going all the way around the inside for the papers to sit on.

“Your route and name would be on there. You’d grab your papers and off you went,” added Gulliman, now 56, who thinks he was about 10-years-old at the time.

“But it was also a hangout place, all the kids went there. The kids would meet up there even before the papers arrived and afterwards as well.

“We had these mustang bikes with a banana seat and some of us had a paper carrier, which was like a plate welded or screwed to the bike.”

Gulliman said his shack was on Ash Street and Francis Road, where there used to be a big, empty field.

Some of the comments on Facebook told of a paper shack at Blundell and No. 1 roads; at Francis and No. 3 roads; on Cambie at Sexsmith roads, where it was the “Province in a.m. and the The Sun in the afternoon.”

Others recalled the “Shellmont Shack,” while one poster remembered a shack “in the cabbage field at 1rd and Steveston. The Goshko boys managed the shack.”

However, one of Gulliman’s abiding memories of his shack and delivery route was how he and other carriers hatched a plan to make up for customers stiffing them for their bill at the end of the month.

“There wasn’t a lot of money in it really. And I guess we were a little bit crooked back then,” he said.

“When people didn’t pay their bills, we would never see our money, so we wouldn’t get paid.

“To make up the difference, we would go out on a weekend to canvas people in the neighbourhood to see if they wanted the newspaper.

“If they did, we would use the extra papers that were often leftover and deliver them to those people and keep the money at the end of the month.”

He also had a clear and very painful memory of a nut coming loose on his bike one day during a delivery, sending the front end crashing to the ground and Gulliman “sailing chin first” onto the sidewalk.

“There was blood everywhere. I’ve still got the scar.”

Gulliman said he’s not sure when the shacks started to disappear, but believes it was likely not long after Expo ’86, when most things in the Lower Mainland began to change rapidly.

“Nothing was the same after that. Even Vancouver, at the time, was just a big town, not really a city. Richmond was even smaller.”