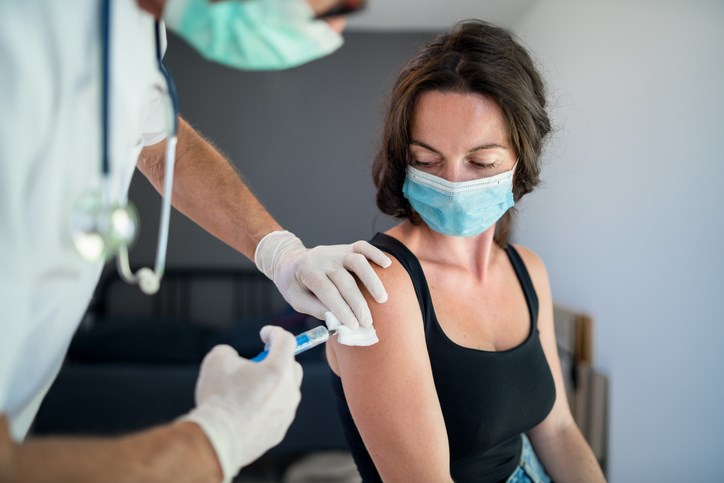 With no AstraZeneca plc vaccines doses arriving in B.C. since last week and little certainty about when more will arrive, the province’s top doctor is trying to reassure British Columbians who’ve received only their first dose.

Supply of that specific COVID-19 vaccine has been in high demand in recent days as the province opened it up to be administered in pharmacies and to those 40+. Meanwhile, the province has redirected remaining supply to 13 communities dealing with exceptionally high case rates.

This has left AstraZeneca recipients wondering what will come of their second dose, with Health Minister Adrian Dix saying all of the supply will be used up in the coming week.

“Be reassured, we are working on that as well,” B.C. provincial health officer Dr. Bonnie Henry said during a Thursday media briefing.

She pointed out that the province is currently administering the first and second doses at 16-week intervals, which provides time for Canada to secure additional supply.

“We are hearing positive things. We know the Government of Canada is working very strenuously to try and get access to more vaccine,” Henry said

The province is also observing studies underway in the U.K. in which different vaccines are being mixed and matched with each other for first and second doses.

“Those studies are not done yet, we don’t have an answer to those but when we know those things we’ll be offering the options to people in the coming weeks and months,” she said.

Meanwhile, new modelling released this week from Simon Fraser University mathematicians predicts the province’s vaccination plan will only be able to protect 51% of the population.

This is based on forecasts of 80% of eligible recipients getting vaccinated, leaving 860,000 adults unvaccinated as well as all children in the province (eligibility currently applies to those 18+).

The modelling concludes herd immunity won’t be achieved on that basis and suggests the province consider expanding immunization to children.

Of the vaccines approved in Canada, the AstraZeneca plc and Moderna Inc. are approved only for those 18+, while the Pfizer Inc. vaccine has been given the green light to be used on those 16+.

Henry called the models “helpful” and said the province is also relying on real-world experience, pointing to the dramatic drop-offs in transmission in the U.K. after single doses of the vaccine.

So far 1,411,955 British Columbians — or one-third of the eligible population — have received at least one dose, while 88,475 people have received two doses.

At a rate of 43,000 doses a day, the province is on pace to administer first doses to every eligible British Columbian (4.3 million) by June 24. At that same pace, it will take until October 4 for everyone to receive second doses.

Meanwhile, the first 300,000 doses of the one-shot Johnson & Johnson vaccine are expected to arrive in Canada next week with deliveries hitting the provinces and territories in early May.

'Pertinent' data delays new recommendations for AstraZeneca use in Canada
Apr 21, 2021 9:42 AM