'Pertinent' data delays new recommendations for AstraZeneca use in Canada 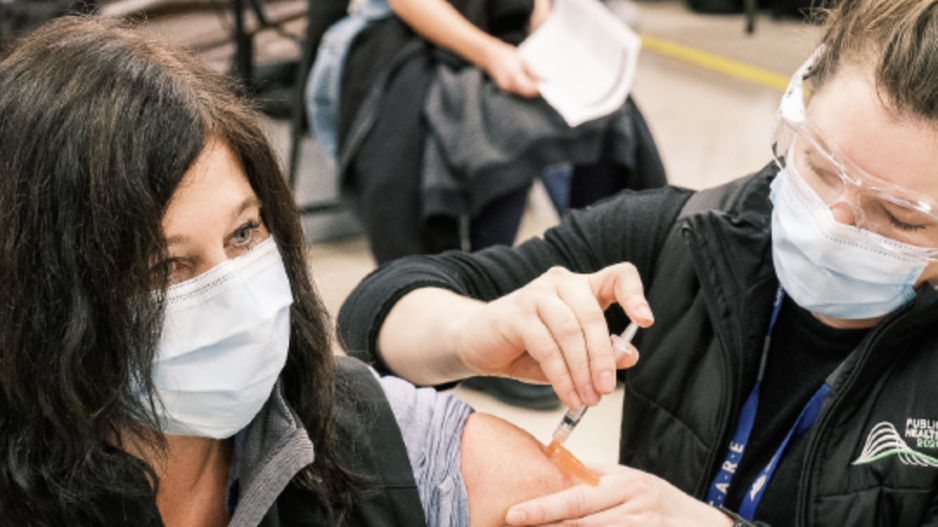 B.C. initially paused the use of the AstraZeneca vaccine for those under 55 but this week the province resumed administering doses to those 40 and older.B.C. government

Two of Canada’s leading health officials say new recommendations for the use of the AstraZeneca plc COVID-19 vaccine are imminent following a sidelined update earlier this week.

A media briefing with federal officials, B.C. provincial health officer Dr. Bonnie Henry and members of the National Advisory Committee on Immunization (NACI) was cancelled at the last minute Tuesday ahead of what was expected to be an update on the status of the AstraZeneca vaccine.

Dr. Theresa Tam, Canada’s chief public health officer, said NACI had received “new data they thought was pertinent in terms of analyzing the impact of COVID-19 on the population in light of variants of concern.”

Late last month, NACI recommended suspended the use of AstraZeneca for those under the age of 55 amid concerns that a small number of blood clots had been linked to those who had received a dose.

B.C. initially paused the use of the vaccine for those under 55 but this week the province resumed administering doses to those 40 and older.

“It’s important to look at the benefit of the vaccinating of individuals given the increase in pandemic activity in many parts of country,” Tam said when asked if she was concerned the Tuesday’s unexplained cancellation of the briefing would increase vaccine hesitancy.

“You can’t keep shifting recommendations all the time. You do have to have an analysis that you can settle on for now. Obviously, if there's any significant changes, the committee will go back and have another look.”

Dr. Howard Njoo, Canada’s deputy chief public health officer, said NACI’s analysis of the blood clot cases faces a balancing act: Take too long to study the issue and the committee will be criticized for acting slowly vs. making a decision too precipitously and risk missing out on new data that may surface.

He reiterated that it is ultimately up to the provinces to determine whether to follow NACI’s recommendations.

Njoo said he believes NACI will soon make a new statement on the status of AstraZeneca but he did not speculate a specific timeframe.

“I don’t think anything has changed much, it’s just that they always want to keep up to date,” he said in French.

“I don’t think the provinces’ and territories’ recommendations will change, however, because they’ve already received the important analysis of the data … This is an effective and safe vaccine.”

Earlier this month, the U.S. federal government hit the pause button on distributing the Johnson & Johnson vaccine amid concerns over a small number of blood clots linked to the single-dose vaccine.

So far six possible cases out of 6.8 million doses administered have been reported.

Canada, which is expecting its first delivery of 300,000 J&J doses at the end of April, has not implemented a pause.