Number of those actively battling COVID-19 infections has fallen to the lowest number in two weeks.
Apr 21, 2021 3:45 PM By: Glen Korstrom 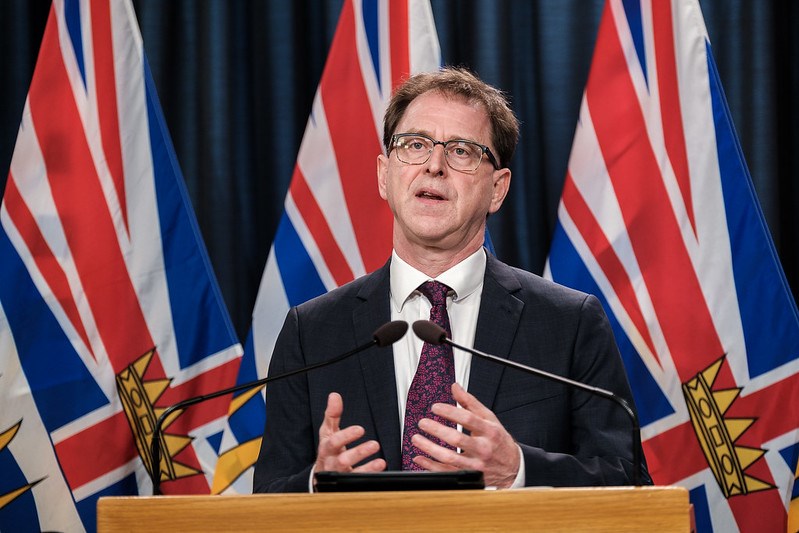 B.C. continues to rack up steadily rising numbers of people fighting for their lives in hospitals with COVID-19 infections.

For the sixth straight reporting period, the province set a record high for the number of those people in hospital: 483. That is a net total of 27 more people than yesterday, and it includes a record 164 people whose illnesses are bad enough to be in intensive care units.

Another seven people have died while infected with COVID-19 in the past day, raising the province's death toll from illnesses related to the SARS-CoV-2 virus, which causes COVID-19, to 1,546.

Some good news is that the number of new cases detected on a daily basis has declined slightly, and has plateaued. The 862 new infections detected in the past 24 hours, and the 849 cases detected on April 20 are the third, and second lowest number of cases in a 24-hour period so far in April. The lowest daily case count so far this month was on April 1, when 832 people were discovered with the virus.

Given that there were 10,951 COVID-19 tests administered in the past day, the province's positive-test rate was below 7.9% – the lowest positive-test rate in a day since March 19. Those numbers are not seven-day rolling averages but raw data for each day.

B.C.'s record tally for the number of new cases discovered in a 24-hour period was on April 8, when health officials detected 1,293 new infections.

The number of people actively battling infections has fallen for the third consecutive reporting period, to 8,906 – the lowest number since April 7, when 8,728 people had active cases of COVID-19. The province's record for the most people fighting the disease at once was set on April 16, when there were 10,081 people whose infections had not yet cleared up.

Officials are also unaware of what happened to 260 people, who are not listed as being actively infected, recovered or deceased. Health officials have told Glacier Media that a likely reason for this is that the people left the province without alerting officials on their status.

No new data was released on the spread of mutant variants of the virus. The most recent data on variants of concern was in yesterday's update.

The vaccine doses provided in B.C. in the past day went to 42,230 new people, while another 72 people received needed second doses.

"We continue to do all we can to break the chains of transmission in our communities and slow COVID-19 down," provincial health officer Bonnie Henry and Health Minister Adrian Dix said in a joint statement. "One of the steps we are taking is the workplace closure public health order, which gives WorkSafeBC the ability to close businesses for at least 10 days under the direction of health authority medical health officers."