Bob Birarda was a shareholder and director at TSS around the same time as the allegations
Dec 11, 2020 12:05 PM By: Alan Campbell 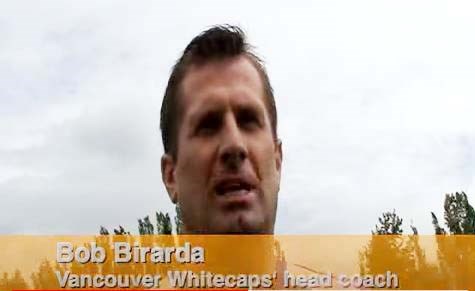 A former Vancouver Whitecaps Womens coach, who was charged this week with a catalogue of sexual offences, co-owned and coached at a Richmond soccer academy around the same time as the allegations.

Bob Birarda appeared at North Vancouver Provincial Court on Wednesday, charged with a total of nine sex-related offences against four individuals, allegedly committed in North Vancouver, Burnaby and West Vancouver between 1988 and 2008.

Birarda was a shareholder and director at Richmond’s TSS Soccer when it started in 1997, at the time based out of Sportstown on No. 5 Road, close to Highway 91.

According to TSS, which moved a couple of years ago to a new home at Savage and River roads in north Richmond, Birarda held those shares until 2000 when he transferred them to a third party and then remained a director of the company until July of 2006.

The Richmond News has asked Richmond RCMP, West Vancouver Police and the BC Prosecution Service if Birarda’s time at TSS is, or was, part of the investigation. None were willing to comment on the case, given it’s before the courts.

However, in an emailed statement provided to the News, TSS’ co-owner and director of operations Brendan Quarry acknowledged that Birarda “worked for a number of organizations during the timeline in question…we have, and will, continue to make ourselves available to authorities should they have any further inquiries. We have no further comment.”

Quarry added that, “Like everyone in the soccer community, TSS is disturbed by these charges.”

As well as coaching the Whitecaps womens team from 2006 to 2008, Birarda also coached the Canadian U-20 women’s team around the same time as the allegations, as well as being assistant coach on the 2008 Olympic team.

The court this week placed a publication ban on reporting any details of the bail hearing and on any details which would lead to identifying the alleged victims.

Birarda was released on bail with a series of strict conditions, including not having any contact with four specific individuals, not to attend: public parks; public swimming areas; community centres; theatres or soccer fields where persons under the age of 18 are present, with a few exceptions.

He is also not allowed to have any contact or communication, directly or indirectly, or be in the presence of any person under the age of 18 years, except with the previous exceptions.

Birarda was released on bail and is set to appear in court again on Jan. 28.

Almost two years ago, a former Whitecaps Womens’ player, Ciara McCormack, publicly criticized the organization in her blog, making specific references to how the club had handled complaints about the coaching staff in 2007 and 2008.

That led to a total of 13 former players coming forward with complaints about Birarda in the spring of last year.

It sparked a wave of condemnation among supporters of the Whitecaps mens team, leading to a series of walkouts during games.

The club’s owners publicly apologized for their responses to the complaints last spring and hired an independent investigator to review the handling of the complaints.

However, the findings of that investigation were released in December last year and largely downplayed any wrongdoing by the team’s leadership, but acknowledged that the club hadn’t been transparent enough with players after Birarda was dismissed from the team in 2008.