U.S.-China fentanyl case just 'the tip of the iceberg'

The question of what, if any, responsibility China should bear for fuelling a deadly opioid crisis in the United States has been a bitter source of contention between the two superpowers.
Nov 7, 2019 3:37 AM By: By Laurent Thomet 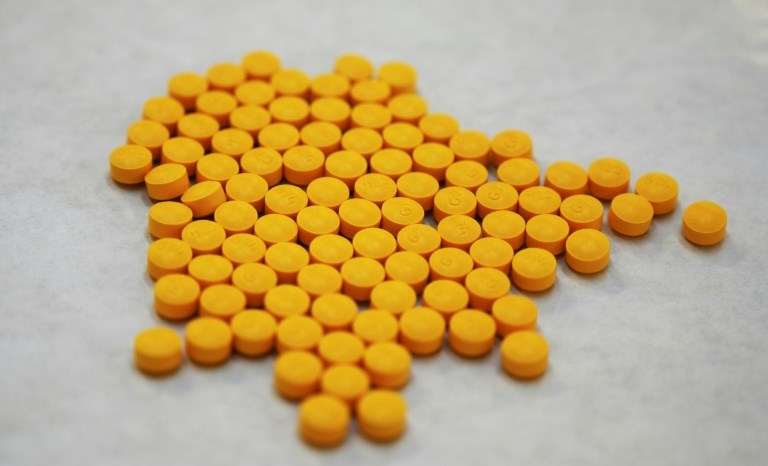 The question of what, if any, responsibility China should bear for fuelling a deadly opioid crisis in the United States has been a bitter source of contention between the two superpowers

The question of what, if any, responsibility China should bear for fuelling a deadly opioid crisis in the United States has been a bitter source of contention between the two superpowers.

China's jailing of nine people Thursday for trafficking and selling fentanyl to U.S. buyers following a rare joint probe with US law enforcement would suggest Beijing is moving to address the problem.

But experts warn that while the case is a big step, it is not enough to stop the drug from pouring into the United States -- from China and increasingly from Mexico as drug cartels pick up the slack.

Here is a look at the opioid crisis and the tensions it has caused between China and the United States:

Fentanyl was introduced to the U.S. market in the 1960s as an intravenous anaesthetic to manage severe pain. It is used for cancer patients or those receiving end-of-life care.

The drug is 50 times more potent than heroin, with only a few milligrammes -- equivalent to a few grains of sand -- enough to kill someone.

It is trafficked into the United States, primarily from China and Mexico, in the form of powder or tablets, and is sometimes mixed with heroin and cocaine.

Fentanyl and other synthetic opioids killed 32,000 people in the U.S. last year according to government data.

The drug can be bought online and shipped to the United States via regular mail, posing a major challenge for postal inspectors sifting through mountains of packages.

What's China doing about it?

Trump has long urged China to crack down on fentanyl.

It has even become a bargaining chip in the trade spat between the world's two largest economies.

"High-level officials continue to blame China for the failure to stem the flow and that might be impacting the trade negotiations," Bryce Pardo, a policy researcher at RAND Corporation, told AFP.

When Trump and President Xi Jinping declared a trade war truce at a summit in Argentina in December 2018, the Chinese side said it would designate all variants of fentanyl as controlled substances.

Trump hoped the move would be a "game changer" because China applies the death penalty against drug dealers.

It was not until five months later, in May, that China finally designated all fentanyl analogues as a controlled substance.

Before the ban, smugglers could skirt the law by changing the formula to make fentanyl-like drugs.

But three months later, Trump complained that China was still not doing enough.

Then came the news on Thursday that a court in northern Hebei province had handed a suspended death sentence to a smuggler and jailed eight others for terms ranging from six months to life after the first successful joint U.S.-China investigation against a fentanyl operation.

The US's "drug czar" Jim Carroll welcomed the sentencing as a "positive step in following through on the pledge secured by President Trump".

"It's one case. You can count it as a success and it is," Mike Vigil, a former head of international operations at the US Drug Enforcement Administration (DEA), told AFP.

"But there is much more to be done. That's a very tiny tip of the iceberg," Vigil said.

Experts say China lacks the manpower to inspect all laboratories that produce fentanyl.

"The big problem is that there are so many laboratories and they have about 2,000 inspectors, which is not nearly enough," Vigil said.

Scott Stewart, a security analyst at U.S. intelligence consultancy Stratfor, said the flow of fentanyl and its precursor chemicals will not stop until China addresses "deeper problems" such as going after "powerful players" and lifting tax credits companies get for selling certain chemicals.

Is the ban working?

While the U.S. welcomed China's ban on all types of fentanyl, the move appears to have shifted production to Mexico, where drug cartels have quickly adapted to new law enforcement actions.

Chinese labs also produce the chemicals needed to make fentanyl and Mexican drug traffickers are importing them to produce the narcotic themselves, Vigil said.

"Precursor chemicals are fuelling the rise in the manufacture of fentanyl in Mexico by the major drug cartels," Vigil said.

The DEA said Monday the cartels were making "mass quantities" of fentanyl-laced drugs.

China, for its part, continues to deny it is the source of the problem.

Following Thursday's court case, Yu Haibin, a Chinese anti-drug official, pointedly said American deaths from overdoses had continued to rise after Beijing cracked down on all types of fentanyl.