Chinese human rights lawyer Wang Quanzhang was finally reunited with his family in Beijing on Monday, a homecoming that was delayed as authorities had kept him confined in another province after he served nearly five years in prison.
Apr 27, 2020 7:00 PM By: By Laurie Chen 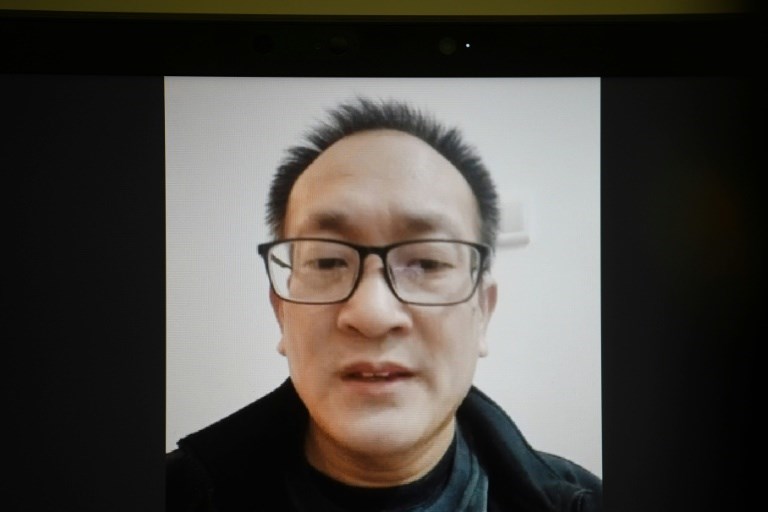 Chinese human rights lawyer Wang Quanzhang was finally reunited with his family in Beijing on Monday, a homecoming that was delayed as authorities had kept him confined in another province after he served nearly five years in prison.

Detained in 2015 as part of a sweeping crackdown on hundreds of lawyers and rights activists, Wang was freed earlier this month after four-and-a-half years behind bars in a case that drew international attention.

Following his release, Wang said he was taken to his hometown of Jinan in eastern Shandong province to undergo a 14-day coronavirus quarantine.

After the quarantine period ended, he said he was not allowed to travel for another week as he was kept under heavy surveillance.

Videos of the emotional reunion in the Beijing apartment of Wang's wife, Li Wenzu, were shared on Twitter and chat app Telegram among the couple's supporters.

"In the past five years, I imagined many times that we met... I feel like it's a dream!," said a tearful Li in one of the videos, after holding Wang and their seven-year-old son in a tight embrace for several minutes.

Li told her son: "We'll never be apart again, will we?"

During his imprisonment, Li became a high-profile advocate for his freedom.

"I hope I can continue [to remain in Beijing]," Wang told AFP shortly after their reunion.

Beijing has been heavily criticised by human rights groups for restricting Wang's movements and freedom of speech after his release.

Wang was accompanied home by "around 10" minders including local police from his hometown of Jinan, Shandong province and management staff from Li's apartment block, said Wang Qiaoling, the wife of another released human rights lawyer Li Heping who was present at the family's reunion.

Another video shows that three minders attempted to follow Wang into the apartment, but were refused entry by Li and Wang Qiaoling.

Li told AFP that she was diagnosed and treated for acute appendicitis and was sent back home on Sunday evening, after spending most of the day in Beijing's Xiyuan Hospital.

Wang confirmed on Monday afternoon that he was travelling to Beijing to see his ill wife.

"She is still in a bit of pain, she may need an operation," he told AFP.

Li could not be reached for comment following their reunion.