Three Beijing-based internet activists have disappeared and are believed to be detained by police for archiving censored coronavirus news stories online, according to a relative.
Apr 27, 2020 4:30 PM By: Richmond News 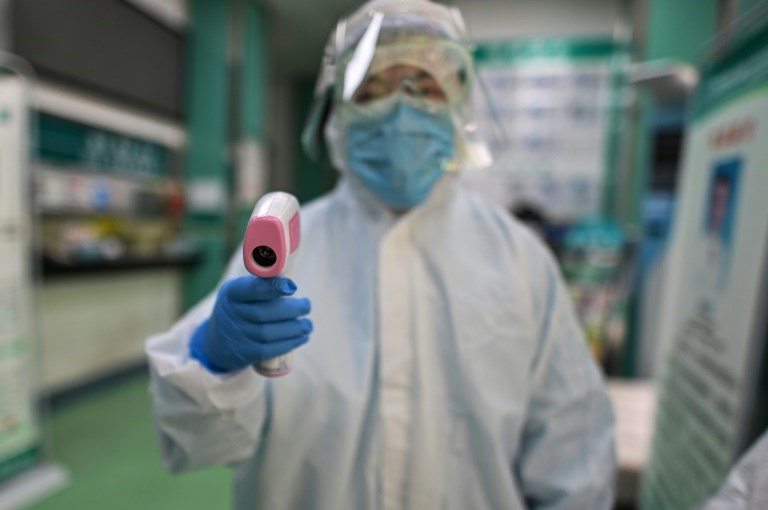 China has faced criticism over its handling of the outbreak

Three Beijing-based internet activists have disappeared and are believed to be detained by police for archiving censored coronavirus news stories online, according to a relative.

China has faced criticism over its handling of the outbreak, including punishing whistleblowers who tried to warn about the new virus.

Chen Mei, Cai Wei and his girlfriend surnamed Tang -- who contributed to the crowd-sourced project on the software development platform GitHub -- went missing on April 19, according to Chen's brother Chen Kun.

Two of the volunteers, Cai and Tang, were charged with "picking quarrels and provoking trouble" and are currently under "residential surveillance at a designated location", according to a notice from Beijing's Chaoyang District police received by their families, and seen by AFP.

Chen Kun said that he is still waiting on official confirmation from Chaoyang police that his younger brother, aged 26, has been detained.

"I understand that Cai and Tang disappeared around the same time as Chen Mei," Chen told AFP.

"Given that both Chen and Cai were contributors to the Terminus2049 project, we suspect their disappearance was related and relevant to the project."

The online project included many sensitive coronavirus stories published in recent months, such as personal narratives by Wuhan citizens and an infamous interview with Wuhan Central Hospital doctor Ai Fen, one of the earliest virus whistleblowers.

The article, published by "People" magazine in March, was widely circulated by Chinese netizens in a number of languages and formats -- including Morse code -- to evade censorship after it was abruptly pulled from the internet.

As China tries to control the domestic narrative surrounding the chaotic initial months of the outbreak, similar crowd-sourced initiatives have flourished on GitHub, which is used by an increasing number of tech-savvy Chinese as a last frontier against ever-tightening internet censorship.

Owned by Microsoft, the US-based website remains accessible in China although the Terminus2049 page is blocked.

News of the Terminus2049 trio's disappearance made a stir online in Chinese activist circles.

"What quarrels were they picking, and what troubles were they provoking? Show me legal proof," said the outspoken Tsinghua University sociology professor Guo Yuhua on Twitter Sunday, referring to Cai and Tang's charges.

"Picking quarrels and provoking trouble" is a vaguely defined charge often used by Chinese authorities to target activists and dissidents, which carries a prison sentence of up to five years.

The administrators of 2019nCoVMemory -- another GitHub coronavirus archive -- made the "protective" move to restrict access to its site to members only, according to an email sent to subscribers that was circulated on Weibo.

Chaoyang public security bureau and the administrators of 2019nCoVMemory have not responded to requests for comment.