The dramatic diplomatic thaw on the Korean peninsula is sparking an unexpected economic windfall on the Chinese border, where property prices are skyrocketing.
May 3, 2018 8:27 AM By: Richmond News 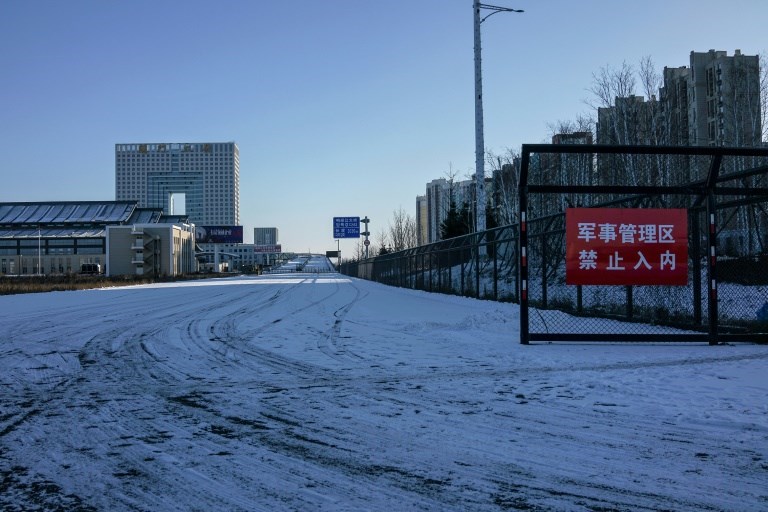 Dandong bet its future on China-North Korea trade, but hopes were dashed when a massive new bridge never opened and UN sanctions started to bite

The dramatic diplomatic thaw on the Korean peninsula is sparking an unexpected economic windfall on the Chinese border, where property prices are skyrocketing.

The northeastern border city of Dandong -- the main artery for China's trade with North Korea -- has been in the doldrums since the United Nations punished Pyongyang for its nuclear and long-range missile tests last year.

The sanctions put a squeeze on trade in seafood, textiles and other commodities, and forced hundreds of North Korean workers to leave Chinese factories there.

But property prices in the city surged in the weeks leading up to the historic summit between the two Koreas, with speculators snapping up homes expecting prices to rise further.

It's an unexpected bonanza for a region that was bracing itself for an influx of North Korean refugees and even possible radiation just months ago amid worries about war on the peninsula.

On April 26 -- a day before the inter-Korean summit –- the Dandong Property Registration Office posted a notice on its door, saying "the number of applications to register property transactions in recent days has exceeded our daily capacity of 260 cases per day".

The influx of homebuyers to the city of nearly 2.4 million residents began in March, when Kim passed through in his armoured train on his way to meet Chinese President Xi Jinping -- the North Korean leader's first overseas trip in office.

"Over the last two weeks, the number of people that have called to inquire about properties or come to buy homes has jumped," Li Xinyu, CEO of Aijia Real Estate Co. in Dandong, told AFP.

"Now I receive... (as many as) 20 calls a day, and there are about 10 people who visit with the intention of purchasing an apartment."

Dandong lies on the northern bank of the Yalu River, which marks the border. North Korean guard posts and soldiers can be seen on the other side, with patrol boats regularly traversing the river. Two bridges connect the neighbours, allowing road and rail traffic.

As the main land crossing, the city bet its future on trade with the North, and factories, apartment blocks and even North Korean restaurants sprang up.

Ambitious city planners also started work on the Dandong New Zone, in anticipation of the opening of the New Yalu River Bridge, which would connect Dandong with the North Korean city of Sinuiju on the other side.

Authorities expected billions of dollars in investment to flood into jointly-run free trade zones on both sides of the border.

But the massive four-lane, $350-million bridge never opened, and the concrete runs into fields of snow on the North Korean side.

The Dandong New Zone looked like a ghost town when AFP visited in January, with empty apartments, shopfronts and restaurant spaces.

There was a housing glut too. And as sanctions started to bite, prices of new homes in Dandong declined 3.7 percent in March from a year earlier, data from the National Bureau of Statistics showed.

But now there are "early signs" the tide is turning, according to half a dozen real estate agents interviewed by AFP.

"Prices in the Dandong New Zone have risen by an average of 20 to 30 percent (over the past two weeks), because people are expecting North Korea to open up for business," Li said.

"Most of the recent home purchases were not for people to live in, but... investments. Many are expecting that North Korea will open up for trade."

Dong Tianqi, a real estate agent for Anjia Property Co., said most of his clients were speculators from affluent cities, including Beijing and Dalian where authorities have enforced purchasing curbs to prevent property bubbles.

The upswing comes as China again warms up to its Cold War era ally after a frosty phase, during which Beijing backed UN sanctions against Pyongyang.

It is the North's top economic partner, but bilateral trade in the first three months of 2018 fell by 60.6 percent from a year earlier, customs data showed.

Trading centres like Dandong have borne the brunt of this decline: In October last year, the city's port missed a bond payment.

- Too early to celebrate? -

Investors are now looking at not only the remarkable rapprochement between the two Koreas and improving Beijing-Pyongyang ties, but also the highly-anticipated meeting between Kim and US President Donald Trump in the coming weeks.

But as long as UN sanctions remain in place, Chinese businesses have little hope of recovering large investments in factories or mining operations there, according to Lu Chao, director of the Border Study Institute at the Liaoning Academy of Social Sciences.

"It's still too early for any signs of large-scale recovery and development," Lu said. "The international community has welcomed North Korea's recent moves, and it's natural to (expect that) the necessary adjustments to sanctions will follow... But the UN Security Council needs to reduce or remove them."