On your marks, get set, cheat: dozens take shortcut at China marathon

More than 250 runners cheated at last weekend's half-marathon in Shenzhen including many who took shortcuts, Chinese state media said on Thursday, calling it "deeply shameful".
Nov 29, 2018 11:34 AM By: Richmond News 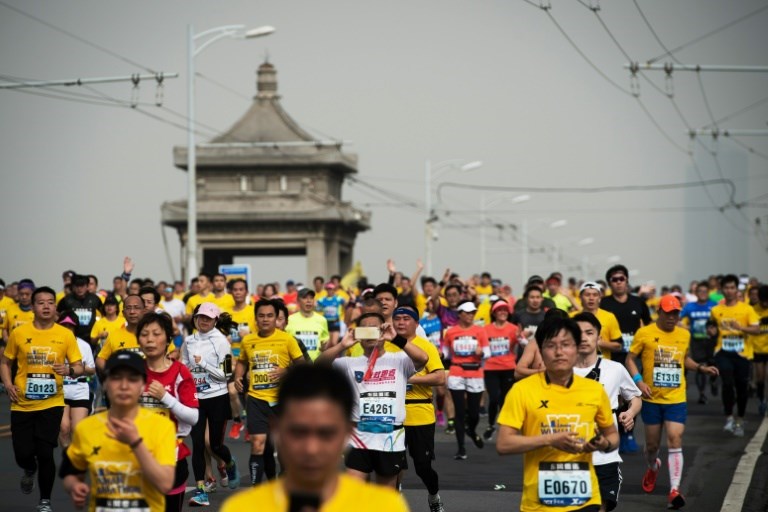 Marathon and leisure running is growing fast in China, but the sport has made unwelcome headlines in recent weeks

More than 250 runners cheated at last weekend's half-marathon in Shenzhen including many who took shortcuts, Chinese state media said on Thursday, calling it "deeply shameful".

Marathon and leisure running is growing fast in China despite the pollution which often blankets major cities, with participants donning the latest fashionable gear and wearable technology.

However, the sport has made unwelcome headlines in recent weeks.

During Sunday's run in Shenzhen, across the border from Hong Kong, 258 runners were penalised for cheating, Xinhua news agency said.

More than a dozen had fake bib numbers and three ran in someone else's place, but most were guilty of cutting corners, the report said, citing organisers.

In the most blatant case, a traffic camera caught runners turning round at least one kilometre (0.6 miles) before they were supposed to make a U-turn, potentially shaving two or three kilometres off the 21-kilometre distance.

The most serious offenders face lifetime bans from the race.

"We deeply regret the violations that occurred during the event," Shenzhen organisers said in a statement, according to Xinhua.

"Marathon running is not simply exercise, it is a metaphor for life, and every runner is responsible for him or herself."

Xinhua, hardly masking its disgust at the widespread cheating, branded it "deeply shameful" and added: "No matter the participants or the organisers, they should reflect: What is the significance of participating in and holding marathons?

"Don't run and forget why you run. Don't let the marathon turn sour."

Separately, runner He Yinli unwittingly sparked a national debate about patriotism after an overly enthusiastic volunteer darted onto the course to hand her a Chinese flag as she vied for victory at the Suzhou Marathon earlier this month.

She briefly held onto it before letting it fall to the floor, explaining later that it had slipped from her grasp.

Some Chinese internet users questioned He's patriotism for dropping the flag, but many others faulted the volunteer for interfering.

He Yinli was beaten to the line after the fiasco.

In 2011 there were just 22 marathons, half-marathons or other running events in China, according to the Chinese Athletics Association (CAA).

However, that figure has skyrocketed to nearly 1,100 this year.