Key points in the U.S.-China 'phase one' deal

After nearly two-years of bare-knuckle battling, Washington and Beijing on Friday at last announced a bargain to end the dispute. The agreement came two months after US President Donald Trump first announced a "phase one" deal.
Dec 14, 2019 1:00 PM By: Richmond News 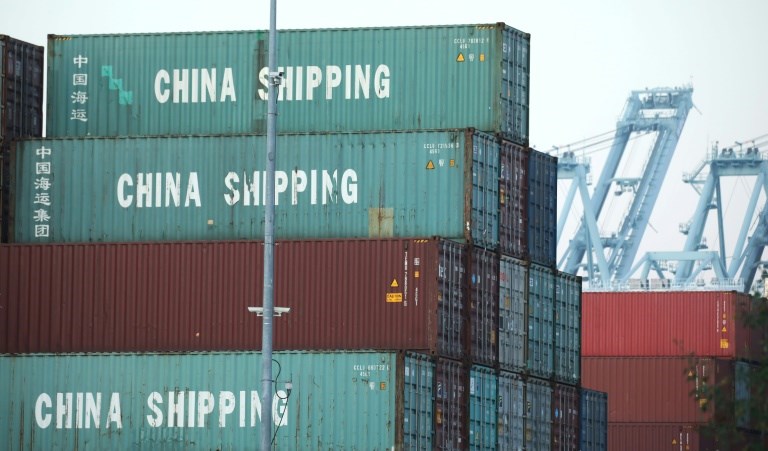 The Port of Los Angeles, the nation's busiest container port

After nearly two-years of bare-knuckle battling, Washington and Beijing on Friday at last announced a bargain to end the dispute.

The agreement came two months after US President Donald Trump first announced a "phase one" deal.

Below are major elements of the deal announced Friday.

The world's top two economies -- which engage in over $730 billion two-way trade annually -- have yet to sign the text of the deal but say they have a bargain in principle.

U.S. officials say they expect to sign the pact in early January after a legal review and once they have made certain the English and Chinese versions of the text are equivalent.

Officials will work diligently to complete a legal review and translations of the text before a final signing, Wang Shouwen, deputy minister of commerce, said Friday.

U.S. officials have long said enforcement was crucial to ensuring that China holds up its end of the bargain, an area of nagging skepticism.

Trump has promised that any deal would include a commitment from China for a massive increase in purchases of U.S. farm products.

At the White House Friday he said, "I think in agriculture they will hit $50 billion."

But US officials told reporters China's commitments for imports of $200 billion in all across four sectors including energy and manufacturing, would unfold over two years.

For agriculture, that would mean a return to 2017 levels when American farmers exported $19.5 billion in products to China. Those exports tumbled by more than $9 billion in 2018 as the trade war began and Beijing retaliated against U.S. tariffs with punitive duties.

"Some of these problems have been talked about for more than 10 years, and this time there has been a substantive breakthrough," he said.

As part of the deal, Trump canceled 15 percent tariffs that had been due to hit Sunday on $160 billion in Chinese goods, especially electronics likes cell phones and computers, which would have been particularly painful to U.S. consumers.

And in a major concession, the U.S. will slash in half the 15 percent tariffs on another $120 billion imposed September 1, on consumer goods like clothing.

While Chinese officials said the U.S. agreed to roll back the other tariffs in stages, for now Washington will keep in place the 25 per cent duties on $250 billion in imports.