Hong Kong on Monday deported an Indonesian domestic worker who had reported on the city's ongoing protests, her supporters said, accusing authorities of a politically motivated expulsion.
Dec 2, 2019 1:09 AM By: Richmond News 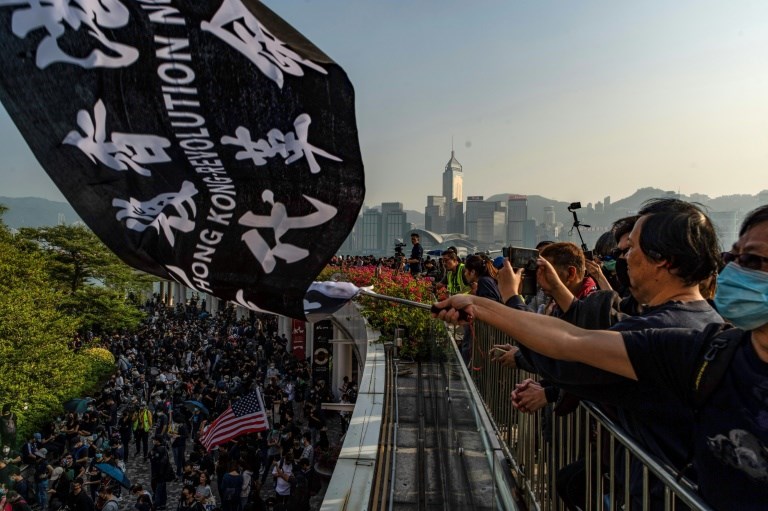 Hong Kong on Monday deported an Indonesian domestic worker who had reported on the city's ongoing protests, her supporters said, accusing authorities of a politically motivated expulsion.

Award-winning writer Yuli Riswati was held for 28 days after failing to extend her visa and was put on a flight to Surabaya on Monday afternoon, a friend told AFP.

A statement from a support group for Riswati accused Hong Kong's Immigration Department of "suppressing her freedom of speech and her right to help Indonesian workers in Hong Kong".

"The immigration officials arrested Yuli after her coverage of the protests was reported by local media," group member Ah Fei told journalists.

"This is political suppression," she added.

The Immigration Department said it could not comment on individual cases, but that anyone violating the terms of their stay in Hong Kong could face arrest, detention, prosecution or removal.

Riswati's lawyer Chau Hang-tung said her client had forgotten to renew her visa after getting a new passport. She attempted to apply for a renewal while in custody, and her employers offered to vouch for her.

Supporters and independent legal experts said it was rare for a domestic worker to be detained and deported for an expired visa.

"I have never seen a case that Immigration will go to the homes and arrest workers based on this," said Phobsuk Gasing, chairperson of the Hong Kong Federation of Domestic Workers Unions.

"As long as there is still a contract, the employer confirms the hiring of the worker and explains in a letter to the Immigration why they forgot to extend the visa, Immigration always allows the workers to get their visa renewed without any hassle," she added.

"The only reasonable explanation can be that this action was taken because she has publicly spoken out about Hong Kong affairs," he told AFP.

Riswati had been writing about the protests on both her Facebook page and for independent Indonesian news site "Migran Pros".

Last year she won a Taiwan Literature Award for Migrants in recognition of her writing.