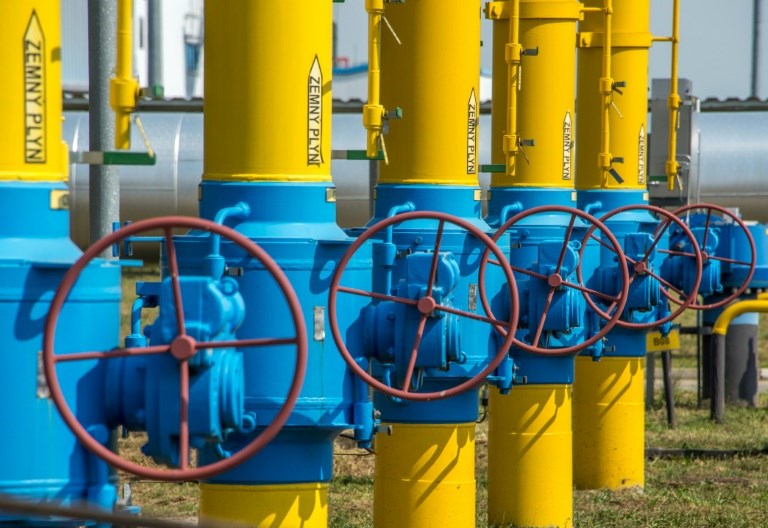 Demand for gas grew 4.6 percent -- the fastest rate since 2010 -- and gas accounded for nearly half of the total increase in worldwide energy consumption

2018 was a "golden year" for natural gas with demand surging worldwide, the International Energy Agency (IEA) said Friday, prompting concern from environmental groups over the climate impact of the world's new favourite fuel.

Demand for gas grew 4.6 percent last year -- the fastest rate since 2010 -- and gas accounted for nearly half of the total increase in worldwide energy consumption, according to the IEA's annual report on the fuel.

The surge in natural gas, which while cleaner than coal remains a fossil fuel that contributes to manmade emissions, was put down to ballooning production in the US and an insatiable demand for alternatives to coal in China.

"In 2018, natural gas played a major role in a remarkable year for energy," the IEA's executive director Fatih Birol said.

"Global energy consumption rose at its fastest pace this decade, with natural gas accounting for 45 percent of the increase, more than any other fuel."

The IEA, the global authority on energy, said that gas had helped play a role in reducing air pollution and limiting the rise of greenhouse gas emissions.

But environment and energy sector analysts said the gas boom could have dire effects on Earth's climate, as scientific warnings of the need to slash fossil fuel use grow ever stronger.

"When it comes to gas, the IEA horse has blinkers on and is heading straight over the cliff of climate disaster," Lorne Stockman, senior research analyst at Oil Change International, told AFP.

"Gas is not clean, cheap or necessary."

The 2015 Paris climate deal saw nations commit to limit global temperature rises to "well below" two degrees Celsius (3.6 Farenheit) and to a safer cap of 1.5C if possible.

The United Nations Intergovernmental Panel on Climate Change last year said that the best way to keep to 1.5C would be to slash natural gas consumption by a quarter by 2030 and 74 percent by mid-century.

Gas consumption is forecast to grow at an average rate of 1.6 percent each year until at least 2024, the IEA said.

Murray Worthy, senior oil and gas campaigner at Global Witness, said growth forecasts for natural gas were poles apart from the emissions scenarios laid out by the IPCC.

"A golden year for natural gas means it's been a disastrous year for the climate," he told AFP.

Gas is often painted as a "transition fuel" between oil and coal to renewables, as much of the necessary infrastructure already exists and supply is plentiful.

Farhana Yamin, a climate change lawyer and co-ordinator at the Extinction Rebellion pressure group which in April held a string of unprecedented protests in London, said the IEA report was "deeply concerning".

"Given that this polluting fuel can never be 'clean' and is a key driver of climate chaos, the assertion that it can be part of the path to cleaner energy is highly misleading," she told AFP.

The consumption swell last year was largely down to China, where domestic gas use exploded 18.1 percent as the government looks to wean itself off coal.

This was helped by a year-on-year jump in US gas production of 11.5 percent, its highest growth rate since 1951.

But there are signs the industry is cooling off. The IEA report notes low prices due to oversupply and weak investor interest.

The IEA told AFP that gas consumption in 2018 prevented the burning of around 60 million tonnes of coal, which produces around 40 percent greater emissions.

But green groups took issue with the IEA's characterisation of gas as aiding air pollution and limiting climate change.

"Continued investment and reliance on fossil fuels and exploiting the last remaining dirtiest reserves of oil and gas is putting us all at risk of catastrophic climate change," said Harjeet Singh, of the pressure group ActionAid.

"In a world where millions of lives and livelihoods are already being destroyed by rising global temperatures, there is no future in fossil fuel growth."