Column: We can all be stewards 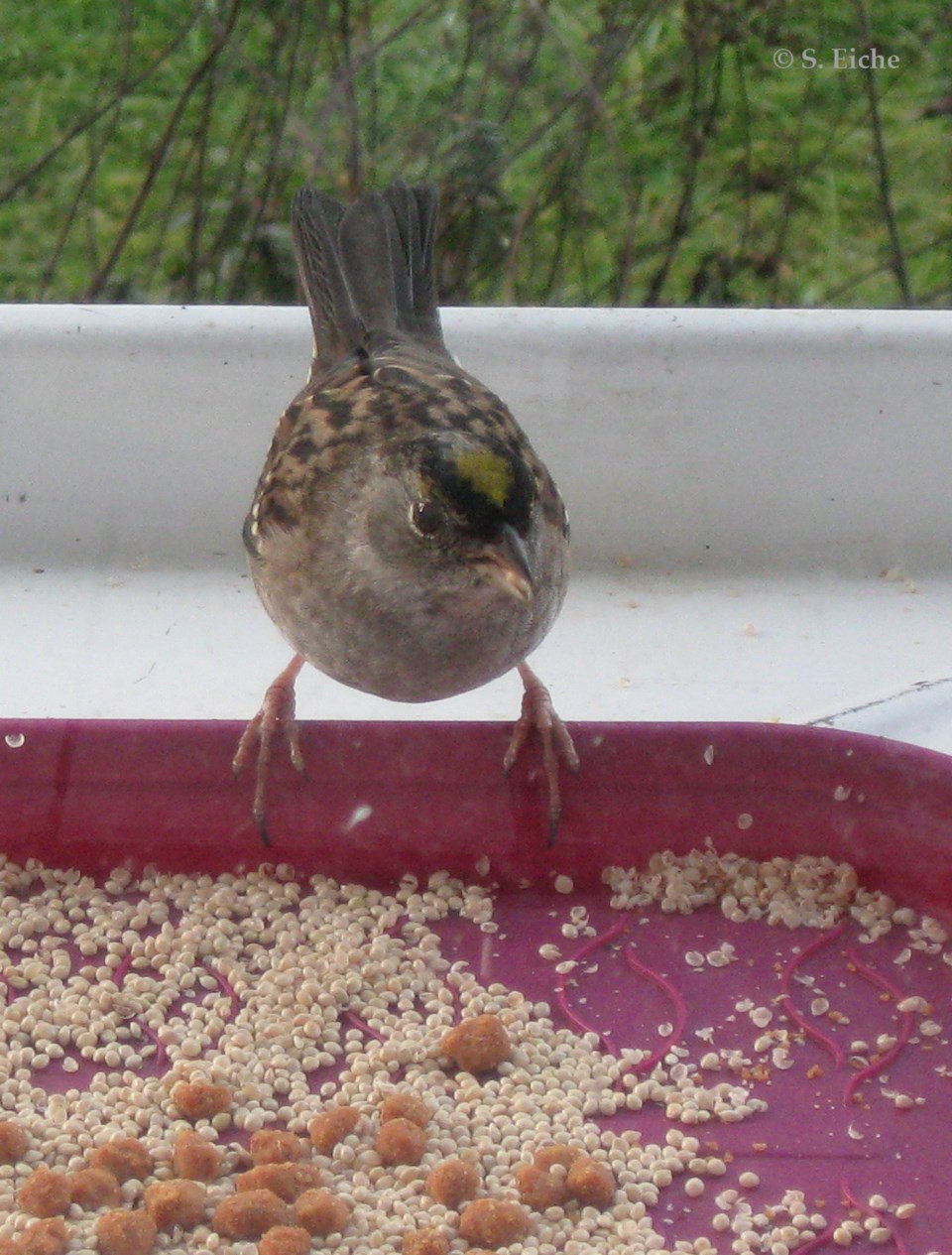 Golden-crowned sparrow in nonbreeding plummage visiting one of my feeders filled with millet and “Bark Butter Bits,” 9 January 2021.© S. Eiche.

For me, years ago, the word steward (actually, stewardess) was connected with the lady in uniform who looked after our comfort and needs during a flight. Nowadays, I’d risk sounding offensive if I called such a person a stewardess – she’s been renamed a flight attendant. Condemning the title of stewardess as demeaning is sad because the word from which it’s formed, steward, has a noble history. In fact, its honourable associations are at the basis of the term stewardship, which we’re hearing and reading increasingly often in the media. Richmond, too, uses the term – on its website under “Natural Environment & Stewardship.”

Steward comes from the Old English “stigweard,” meaning guard (“weard”) of the hall (“stig”). In a royal or aristocratic household, the steward was one of the highest ranking officers, together with the master of the household. The main duty of the steward was to protect and serve the head of the house, whether he was a king or a lord.

The name Stewart (now both a first and last name) evolved from the office of steward. By the 14th century it was the family name of the royal house of Scotland, England and Ireland. Mary Queen of Scots, growing up in France, changed the spelling of Stewart to Stuart in order to ensure it was correctly spoken by the French, who pronounced the consonant “w” like the German “v.”

Stewardship, in the sense of the word used by governments and organizations today, is practically synonymous with sustainability. We’re asked to protect our planet, our environment, so that its resources are not exhausted. That, we’ve seen, takes a lot of persuasion and collaboration. And when politics and economics are involved, the persuaders-collaborators sit on one end of a see-saw, bouncing up or plunging down depending on who’s wielding the power.

While I’m all in favour of large-scale projects to protect the environment and champion sustainability, I’m even more in favour of stewardship on a small-scale, by which I mean a personal level. We – you and I – can become stewards of what lies outside our door. We can protect and nurture the nature in our own space – a space whose boundaries ideally extend beyond our yard to include the entire neighbourhood.

We could try harder not to pressure nature into complying with unnatural demands. Forcing nature into behaving unnaturally is like trying to force a size 8 foot into a size 6 shoe. The stress will soon lead to problems.

I spend a lot of time observing the birds that come to my yard to feast on insects as well as the seeds and suet I provide. I’ve come to love them dearly. I sense that they return my love by trusting me. It’s heart-warming and soul-stirring. They trust me never to hurt them, and they trust me to fill their feeders when they’re empty. That’s stewardship in a nutshell. The better I take care of nature’s needs, the better nature takes care of my needs. It’s a win-win situation.

Sabine Eiche is a local writer and art historian with a PhD from Princeton University. She is passionately involved in preserving the environment and protecting nature. Her columns deal with a broad range of topics and often include the history (etymology) of words in order to shed extra light on the subject