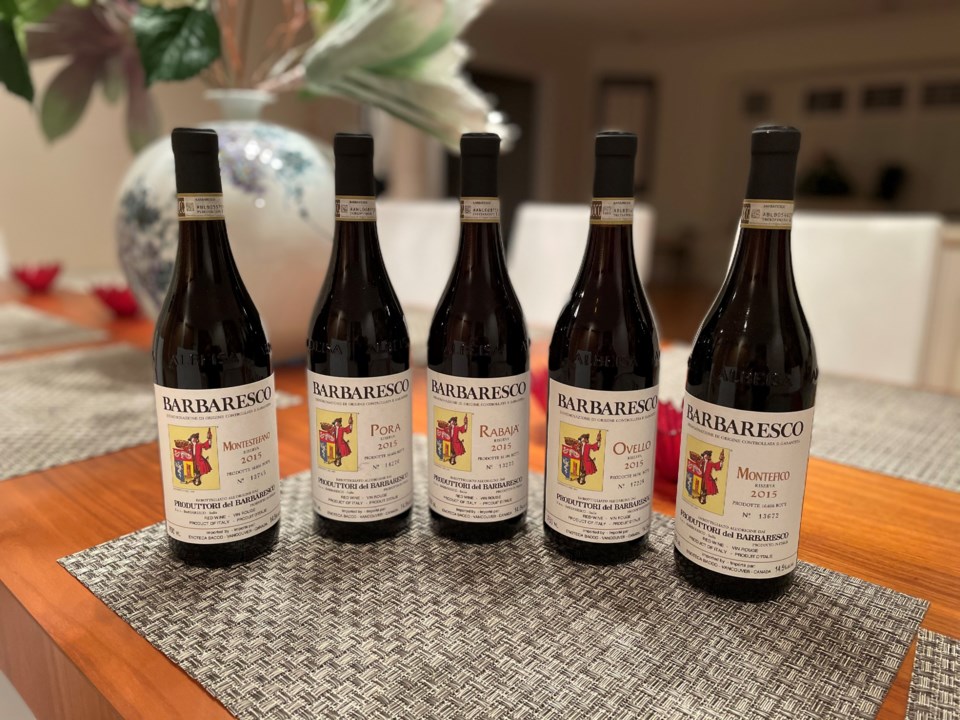 As well as being one of the best wine cooperatives in the world, Produttori Del Barbaresco (PDB) also happens to be one of my favourite Italian wine producers.

Barbaresco is a wine region in Piedmont, which is located in the northwestern corner of Italy. PDB was created in 1958, when a priest at the village parish realized small growers in the Barbaresco region could not survive unless they pooled their resources together.  So a cooperative of 19 small vineyards was created and they agreed to produce wines together.  PDB now consists of over 50 small growers and represents about 1/6 of the grape producing area in the Barbaresco region.

Initially, PDB created only one wine from all their grapes.  Although PDB started with very few resources, most of the owners of the grapes were farmers who were passionate about their wines. As time passed, PDB grew and they began to combine their traditional wine making methods with technology to make better wines.  In 1967, PDB started to make single vineyard Barbarescos that showed off the distinctive terroir of each vineyard.  With greater notoriety, PDB was able to produce and sell more wines at higher prices, which allowed them to replace their older barrels and buy better strains of grapes.  With global warming and more biodynamic farming practices, PDB is seeing riper vintages more often and since they have some of the best plots of lands in Barbaresco, they are now producing the best wines they have ever produced.

The owners of the individual vineyards comprising PDB are dedicated to the promotion of the Barbaresco region and as such, PDB only consists of vineyard owners in Barbaresco who only plant Nebbiolo grapes.

Barbaresco wines are sometimes the forgotten sibling of Barolo wines.  Both are made from the Nebbiolo grape and with both types of wine, you will get floral, red fruit, herbs and spice aromas and tastes.  Generally, people find Barolo wines more powerful and tannic.  Both types of wines will benefit from plenty of aging and will continue to improve 10 to15 years after the wine is bottled.  However, with most people drinking wines within one to two years of buying them, you are much better off buying Barbaresco, which drinks much better in its youth compared to Barolo.

Along with a Barbaresco Normale, PDB now produces nine single vineyard Barbaresco wines.  All are different stylistically and it is quite interesting to have the same Nebbiolo grape create distinctively different wines just because of the soil and location of the vineyard.  We are fortunate in B.C. that we still get a good selection of PDB single vineyard offerings, but with their growing popularity, I don’t know how long this will last.  Their Barbaresco Normale is priced at $51.99, and their single vineyard Barbaresco wines are priced at around $71.99.  It may seem that these wines are expensive, but they are well worth the money as they age for a long period of time, and PDB wines are still a fraction of the price of other high end Barbaresco wines.  Once aged properly, PDB wines exhibit vibrant red cherry and berry tastes, with good acidity and all types of herbs that you would find in Italian cooking.  PDB wines are a perfect complement to pasta or heavier meat dishes.

For more information about these wines, please see my wine review video on the 2016 Barbaresco Normale and the 2015 single vineyard offering of Rabaja.