Richmond native gets debut call up to Canada's U23 soccer squad 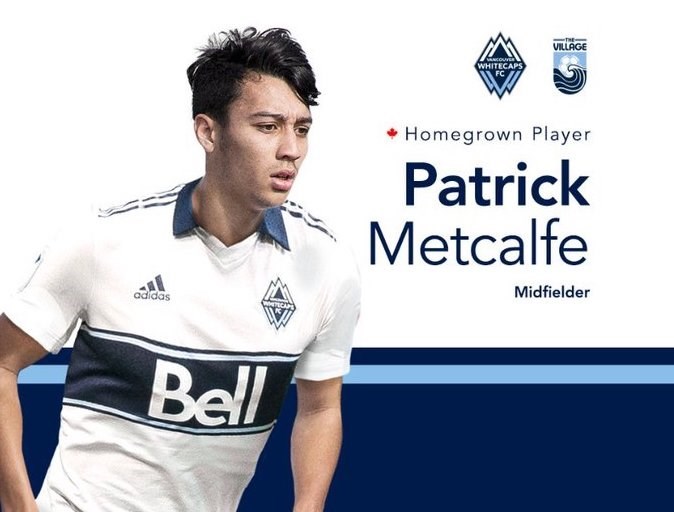 Vancouver Whitecaps player and Richmond native Patrick Metcalfe has been called up to the Canada under 23 national team for the first time.

Metcalfe, 22, who only made his first start for the Whitecaps last summer, has been called up for Canada’s Concacaf Olympic qualifying games later this month versus El Salvador, Haiti  and Honduras.

He is currently in a pre-season training camp in Mexico with the Whitecaps, but his parents, Susana and Rob, told the Richmond News they contacted their son from their Steveston home on Thursday to express their pride.

“We are so excited for him! It’s such a dream to be able to represent Canada and to have been given this opportunity,” his parents told the News.

“We just Facetimed him last night from his hotel room in Guadalajara and he is super happy.”

Metcalfe was called up to the squad along with fellow Whitecaps players Theo Bair, Michael Baldisimo, Derek Cornelius and Ryan Raposo.

“This is a great opportunity for Canada and the men’s national team program to have this chance to qualify for the Olympic Games through Concacaf men’s Olympic qualifying,” said Mauro Biello, Canada Soccer’s Men’s Olympic National Team Coach.

“We are in a competitive group ahead of a difficult knockout stage, but we have a chance to do something special with this group of young players.”

The eight-team competition concludes with the final on March 30 and will take place in Guadalajara, Mexico. It will determine the two teams to represent Concacaf at the Summer Olympics in Tokyo this coming July through August.

Every Canada match at the tournament will be broadcast live on OneSoccer with extended coverage throughout the tournament on Canada Soccer’s digital channels including Youtube, Facebook, Instagram and Twitter featuring the social media hashtags #canm23 and #CMOQ.