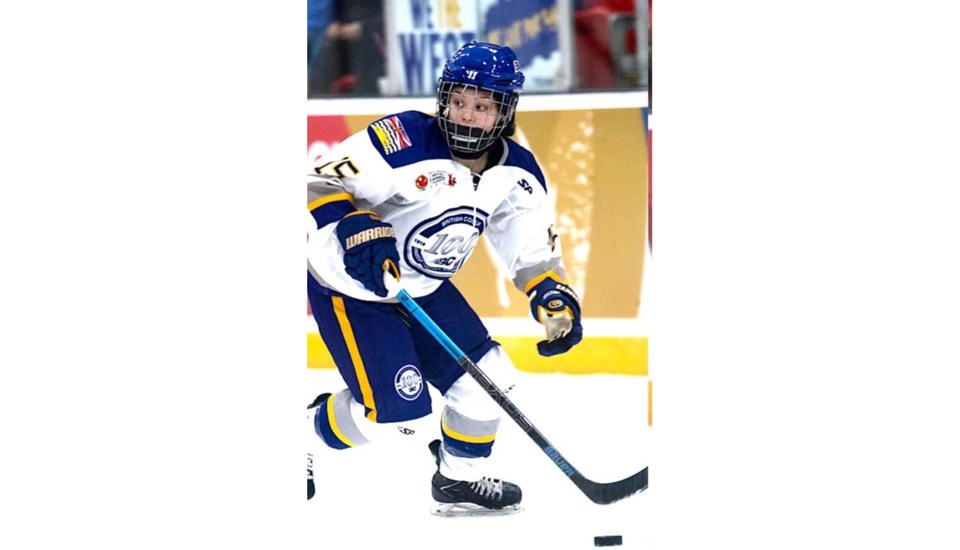 Katie Chan is one of 40 athletes invited to participate in the camp, which goes from July 29 to Aug. 9 at WinSport’s Canada Olympic Park in Calgary.

The roster will be split into two teams and participate in practices and intrasquad games and will also feature two scrimmages against Canada’s National Women’s Team.

Most of the roster are 2004-born, but the likes of forward Chan – who has just graduated from the Delta Hockey Academy – is a year older and got invited to the camp because her age group missed out due to the COVID shutdown.

The 18-year-old will be heading to Colgate University in the U.S. in the fall to play NCAA Division 1.

“The COVID-19 pandemic really impacted this group of athletes with limited ice time, and the opportunity to bring everyone together with an elite group of coaches will benefit them as they prepare for the upcoming season,” said Gina Kingsbury, director of hockey operations with Hockey Canada.

“We look forward to welcoming our development athletes back to Calgary for summer camp, and we know this group will be excited to get on the ice together before a highly-anticipated season."