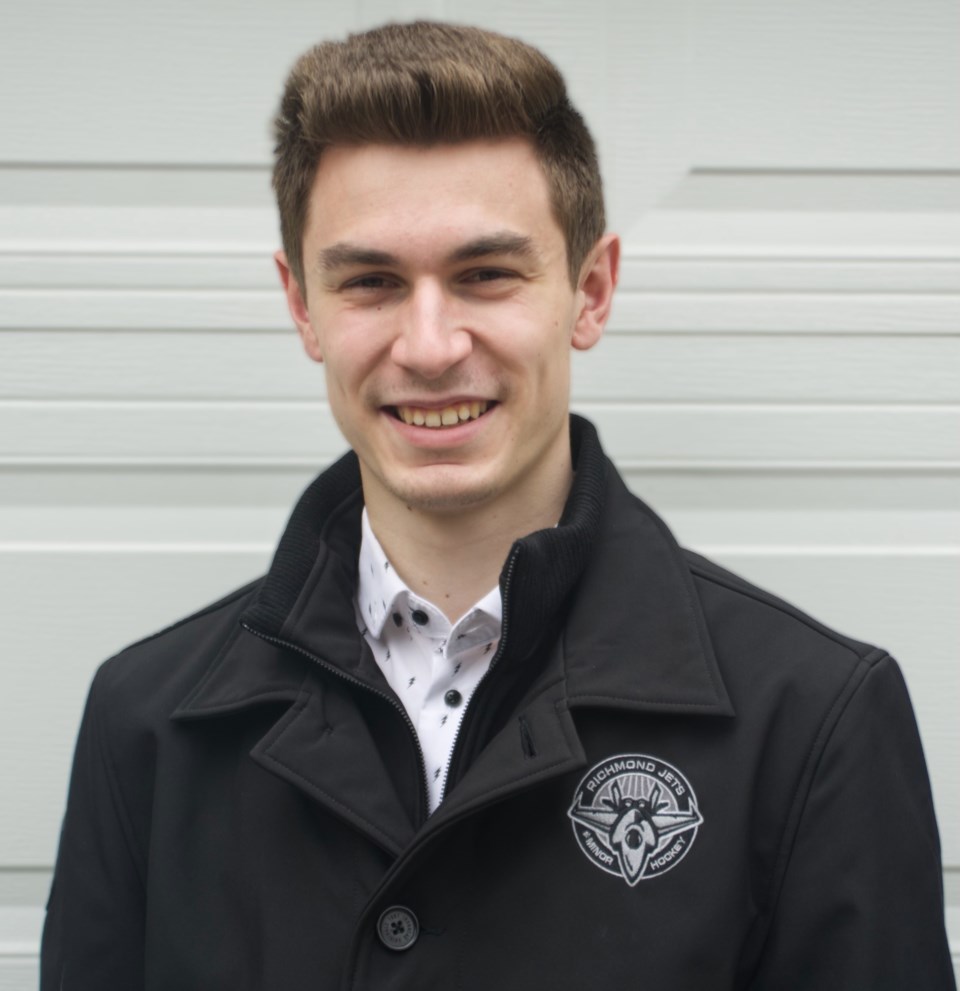 A Richmond Jets player has been given one of the Lower Mainland’s premier awards in youth hockey.

Named after Earle Sinkie, a PCAHA life member and long-time proponent of U21 hockey, the award is bestowed on the region’s U21 player adjudged to have demonstrated the qualities of leadership, sportsmanship and contribution to the team and association.

Freeland started playing hockey in the “hockey 1” program at the former Richmond Minor Hockey Association (now part of the Jets), where he stayed for 14 years before moving to the former Seafair organization (also now the Jets).

Throughout his hockey years, he played on rep and house teams, a few of those years being captain and also spent many years volunteering at tournaments, special events and helping on the ice with the younger groups.

Freeland also spent time refereeing younger groups and major tournaments, along with being a referee supervisor/mentor for two seasons.

Not long afterwards, Freeland started volunteering as a coach with the First Shift program which, according to Jets president Eric Bernal, “got him hooked to want to coach.”

Asked what hockey has meant to him throughout the years, Freeland said, “Playing hockey from a young age has helped me through a lot in life.

“It’s always been a place to go and have fun with friends and forget about life problems and be able to focus on something that I enjoy.

“Hockey has a way of bringing people together, even during rough times.”

Freeland added that, “having gone through hard fought battles in the dying minutes of the third period helped form a bond with coaches and players that have continued on and grown throughout hockey and life in general.

“Having supportive people involved in minor hockey by giving us chances to play in large tournaments, see the province and even country through tournaments.

“It has also helped me to grow as a player, mentor and even a person.”