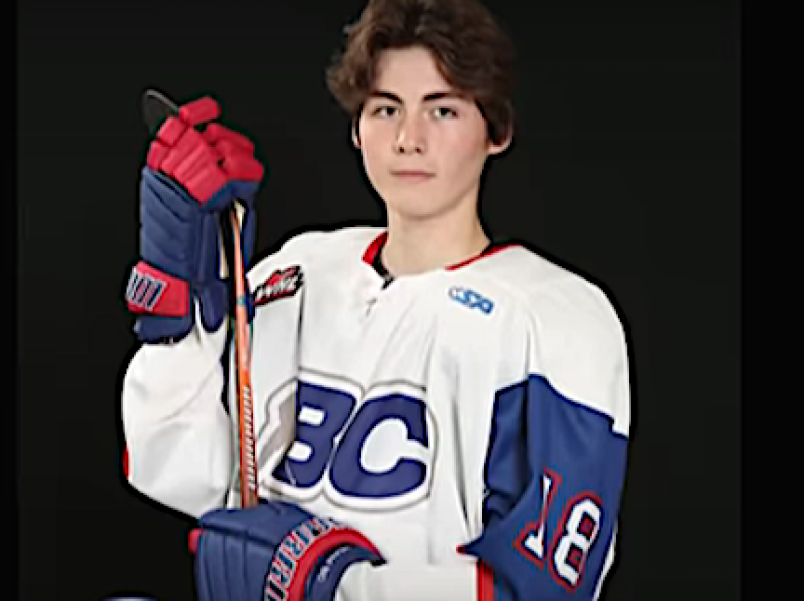 Michael Abgrall, 15, played for Team BC at the 2019 Canada Winter Games in Red Deer. He will be playing this coming season in the BCHL with Powell River.BC Hockey

Michael Abgrall is taking his hockey career to Powell River in the coming season.

Abgrall, who doesn’t turn 16 until October, played at the academy level last season with the Burnaby Winter Club’s Elite-15 program where he produced 48 points in 29 games, including 26 goals.

During the 2017-18 campaign, he helped the Seafair Islanders capture the provincial and Western Canadian Bantam AAA championships. It paved the way to being selected 67th overall by the Edmonton Oil Kings in the 2018 WHL Bantam Draft. Instead, he will play in the BCHL, opening the door for potential university options.

Last year with the Kings, Abgrall dressed in five games as an affiliate player and recorded a pair of assists.

“When I played those five games, it was really fun to see the talent along with getting to know all the guys for next year,” said Abgrall, “Going forward I hope to keep producing like that, especially being a 16-year-old it’s going to be hard but I’m confident that I can adjust to the speed and strength of everyone in the league.”

Abgrall’s 2018-19 season also included suiting up for Team B.C. at the Canada Winter Games in Red Deer where he had eight points in eight games.

“Michael’s a really quiet, intelligent hockey player and his game is very similar to his personality.” Said Powell River head coach and general manager Tyler Kuntz, “He was a light, young player last year that was able to outsmart his opponents and get the puck back from bigger players by using his brain and his feet. We see him as a high-end, highly skilled player that can really skate.”