Richmond FC's U18 boys hoping to close with BC title

Could it be third time lucky for graduating metro team in the provincials in the summer?
Apr 12, 2017 9:44 AM By: Richmond News 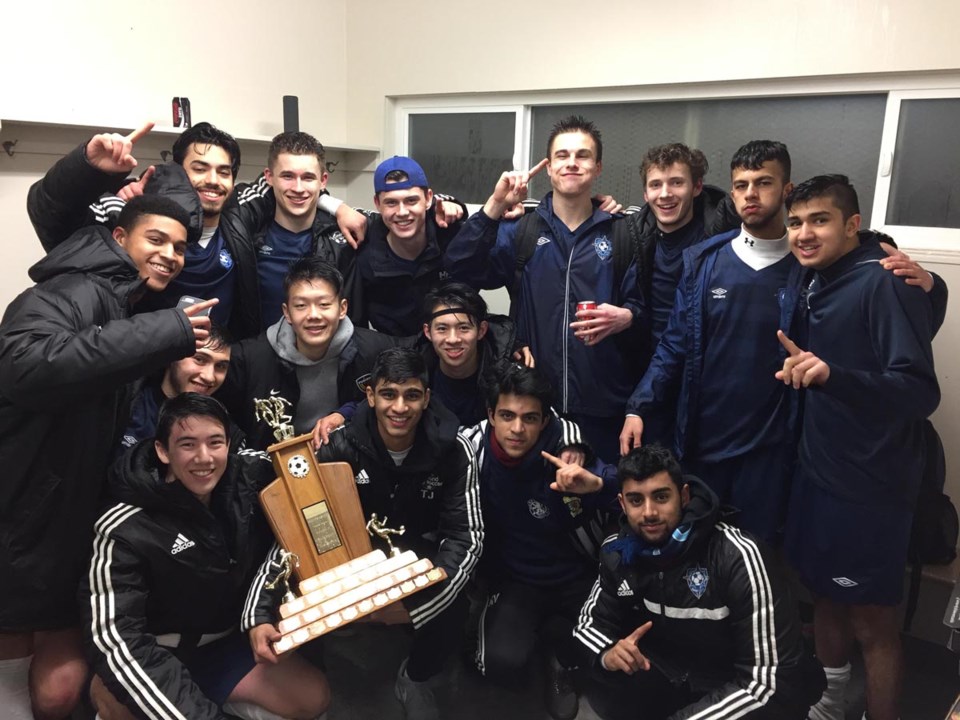 Richmond FC United 99, whose roots began at U13 — its first year of playing in the Metro Soccer League (MSL) — has gone undefeated in its final, regular MSL season and, as a result, clinched the U18 League Championship.

The team, which will graduate at the end of this season, is understood to be the first Richmond team to go undefeated in a regular MSL season.

The 99 boys have already earned a berth to the Provincial Championship in Surrey in July, due to its top seed standing in this year’s Coastal Cup tournament.

In its first year in 2012, the team triumphed in the Coastal Cup, which entitled it to a place in the provincials, where they played a strong tournament, but unfortunately didn’t qualify for the championship game.

Three years later, as a U16 team, they again made the provincials, but this time persevered to play in the championship game, only to be beaten by Burnaby.

The club and the coaching staff hope it will be third time lucky for the boys in their final tilt at the provincials.