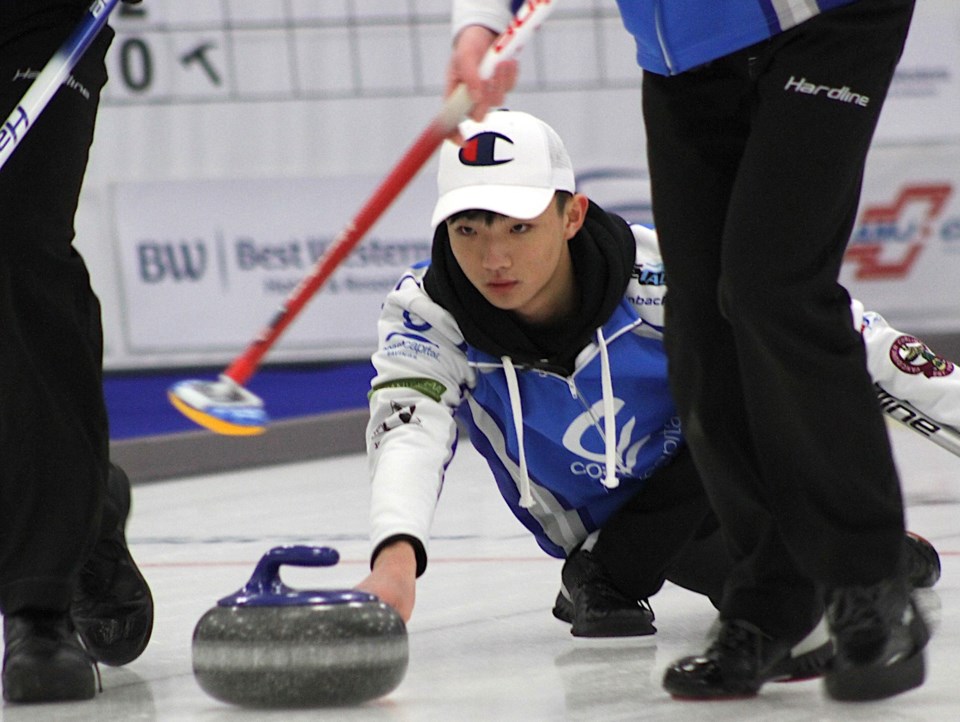 Richmond Curling Centre's Johnson Tao takes his team to Langley on Saturday for the start of the Canadian Junior Men's Championships.Rebecca Connop Price/Curl BC

Johnson Tao and his rink is ready for the national spotlight.

The Richmond Curling Centre team will be among the best U21 curlers in the country for the 2020 New Holland Canadian Junior Championships, starting on Saturday at the George Preston Recreation Centre in Langley.

Tao earned his trip to nationals by finishing second at the recent B.C. Junior Championships in Victoria. The host province earned an extra berth after Nunavut decided not to field a team.

It took an 11-6 win over team Colwell in the semi-finals to secure the trip to Langley. Team Tao then fell to Team Sato in the championship match.

“It feels great. Knowing that we have earned a spot to nationals is amazing. To be able to go there and have a really good learning experience and grow in the sport is a really great feeling” said Tao after his semi-final win.

His rink also includes: Toby Mills (third), Connor Kent (second) and Michael Nunn (lead) round to the team. They are coached by Vic Shimizu.

Fourteen men’s and 14 women’s teams will compete for Canadian titles, separated into two seven-team pools per gender for an initial round robin, followed by a Championship Round (top four in each pool) leading to the playoffs. The top team advances to its respective final on Jan. 26, while the second- and third-place teams meet in a semifinal on Jan. 25, to determine the other finalist.

The winning teams will then represent Canada at the World Juniors in Russia.