Former McMath Wildcat Abby Bodden will suit up for the University of Windsor
Jan 21, 2021 2:42 PM By: Alan Campbell 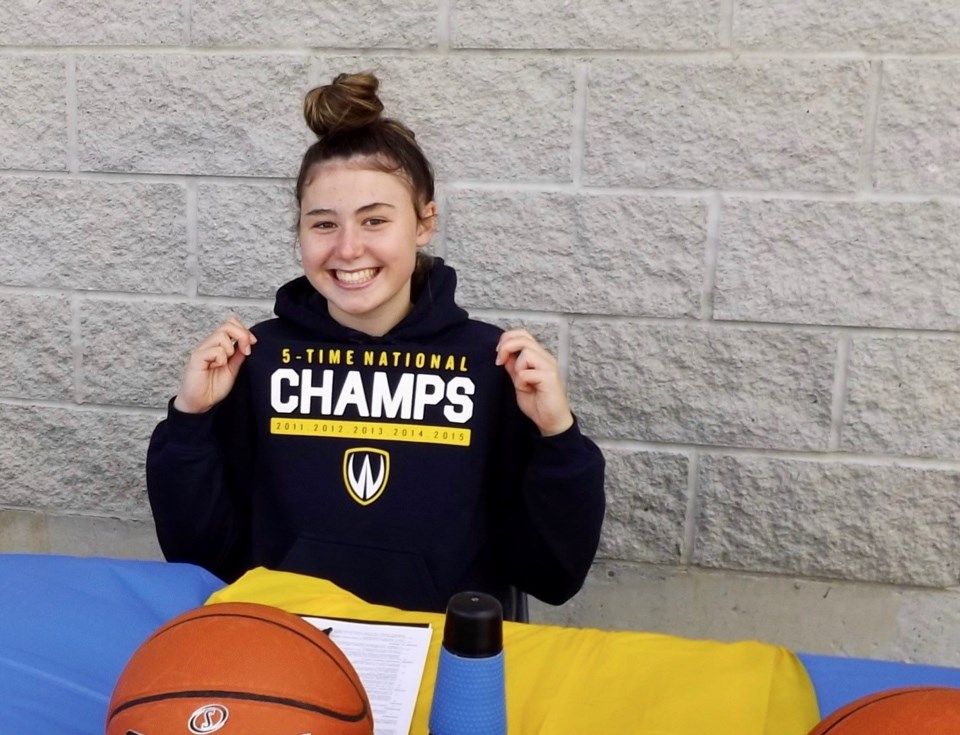 Richmond basketball product Abby Bodden is off to Ontario in the fall.Photo submitted

Known for her natural ability to shoot the three-pointer - Abby went 6 - 9 in the quarterfinals at last year’s provincials - she started playing with RYBL when she was in Grade 5.

Abby played on the Homma Thunderhawkes team in Grade 5, 6 and 7 and then with McMath Wildcats in Grades 8 and 9 team, where she won a provincial first team all-star after finishing second.

In Grade 11 she was a top scorer on her team and was awarded a Fraser South First team all-star.

Abby then moved to Ontario in Grade 12 to compete with Caledon Basketball Academy in the OSBA.

She plans on studying criminology at the University of Windsor and continuing to give back to her community through a career in policing.