A Steveston-London grad is making waves over the border in the U.S. college basketball scene.
Dec 14, 2020 9:41 AM By: Alan Campbell 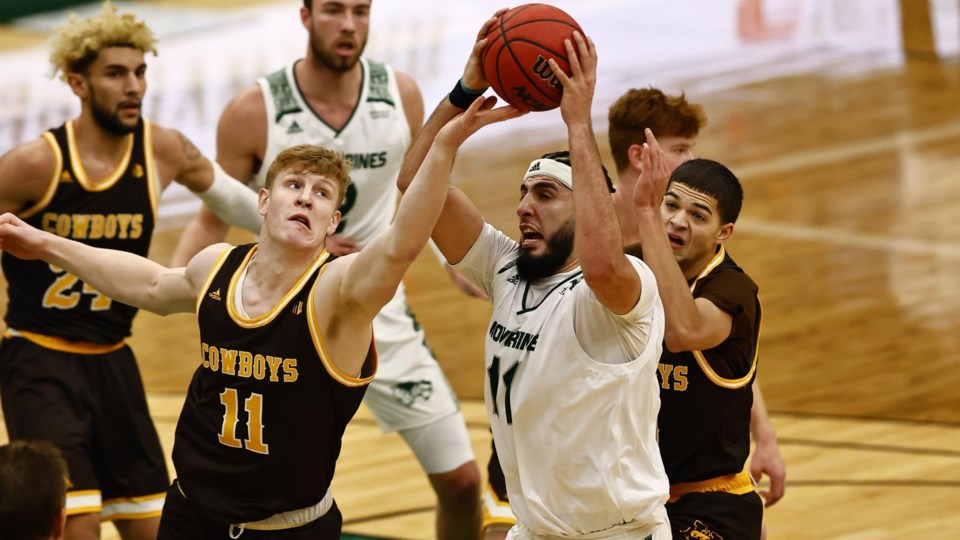 A Steveston-London grad is making waves over the border in the U.S. college basketball scene.

Former Shark Fardaws Aimaq scored a career-high 27 points with a school-record 20 rebounds to lead his Utah Valley University (UVU) team in a 93-88 defeat to Wyoming on Saturday afternoon.

Aimaq’s side is now 2-3 overall on the season with the loss.

Aimaq transferred this fall to the Western Athletic Conference NCAA Division One school after spending the previous season at Mercer University in Georgia.

Aimaq's 20 rebounds on the weekend broke the previous UVU single game record of 19 rebounds, set by Baylee Steele against BYU on Nov. 9, 2018.

The sophomore has now recorded 15 or more rebounds in four of his five games this season.

Aimaq scored his 27 points on eight of 12, shooting from the floor and an 11 of 16 mark at the free throw line. He also had three assists and a pair of blocks.