Officially a hall of fame career for Wyatt 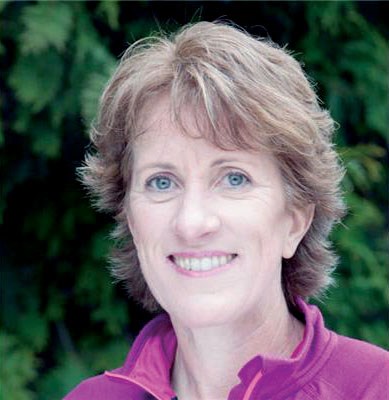 Jennifer Wyatt was inducted into the B.C. Golf Hall of Fame Thursday night.
Jennifer Wyatt was on top of the leaderboard again last night — this time receiving the sports highest honour in her home province.
The Richmond native was officially inducted into the the B.C. Golf Hall of Fame, joining other 2015 class members  Lyle Crawford, Rick Gibson, Gail Graham and Alvie Thompson.
The junior girls golf boom in recent years has certainly produced some outstanding prospects, including right here in Richmond where Alisha Lau and Katherine Chan recently played for Canada at the World Junior Girls Championship. An impressive accomplishment for sure, yet it’s going to take quite the ascend to reach the heights of Wyatt’s decorated career.
Just like Lau and Chan, Wyatt got her start at the Quilchena Golf and Country Club. She joined the junior program when she was 13 and two years later was B.C. champion at the 15 and under level.
From 1982 to 1984, Wyatt emerged as one of the top juniors in the country with consecutive top three showings, including a runner-up finish. A year later, she thrived on an even bigger stage, finishing second at the Canadian Ladies Amateur.
“That was really a valuable tournament because it gave me a trip to the British Amateur and an exemption into the LPGA du Maurier tournament,” recalled Wyatt, who will celebrate her 50th birthday in early December. “As low Canadian, I got all the attention from the CLGA officials.”
Over the next three seasons (1985-87), she established herself as the No. 1 ranked amateur player in the country — earning a full-ride scholarship to Lamar University in Texas where she would win a pair of NCAA tournaments.
She later turned pro and earned her LPGA Tour card on her first attempt at qualifying school. She tasted victory in 1992, capturing the Crestar-Farm Fresh Classic in Virginia.  She closed with a 2 under 70 – one of only three professionals to break par under the severe wind conditions — holding off American Donna Andrews for the win.
“I think of that day a lot. It’s so clear in my mind,” said Wyatt. “I was doing everything right, but I did not know how I had gotten to that point. Each morning I woke up I felt completely at ease with the world.”
She was noted for her excellent short game, ranking in the top 10 in putting and sand saves in 1996.
Wyatt left the LPGA Tour two years later to begin a new chapter of her golf career as a teaching professional back in her hometown at Savage Creek Driving Range, where she still works today and also has an affiliation with Qulichena.
Even though she stepped back from her competitive career, Wyatt still showed she could compete at a high level, capturing the Canadian Women’s Tour order of merit in 2003. She also is a six time B.C. PGA champion.