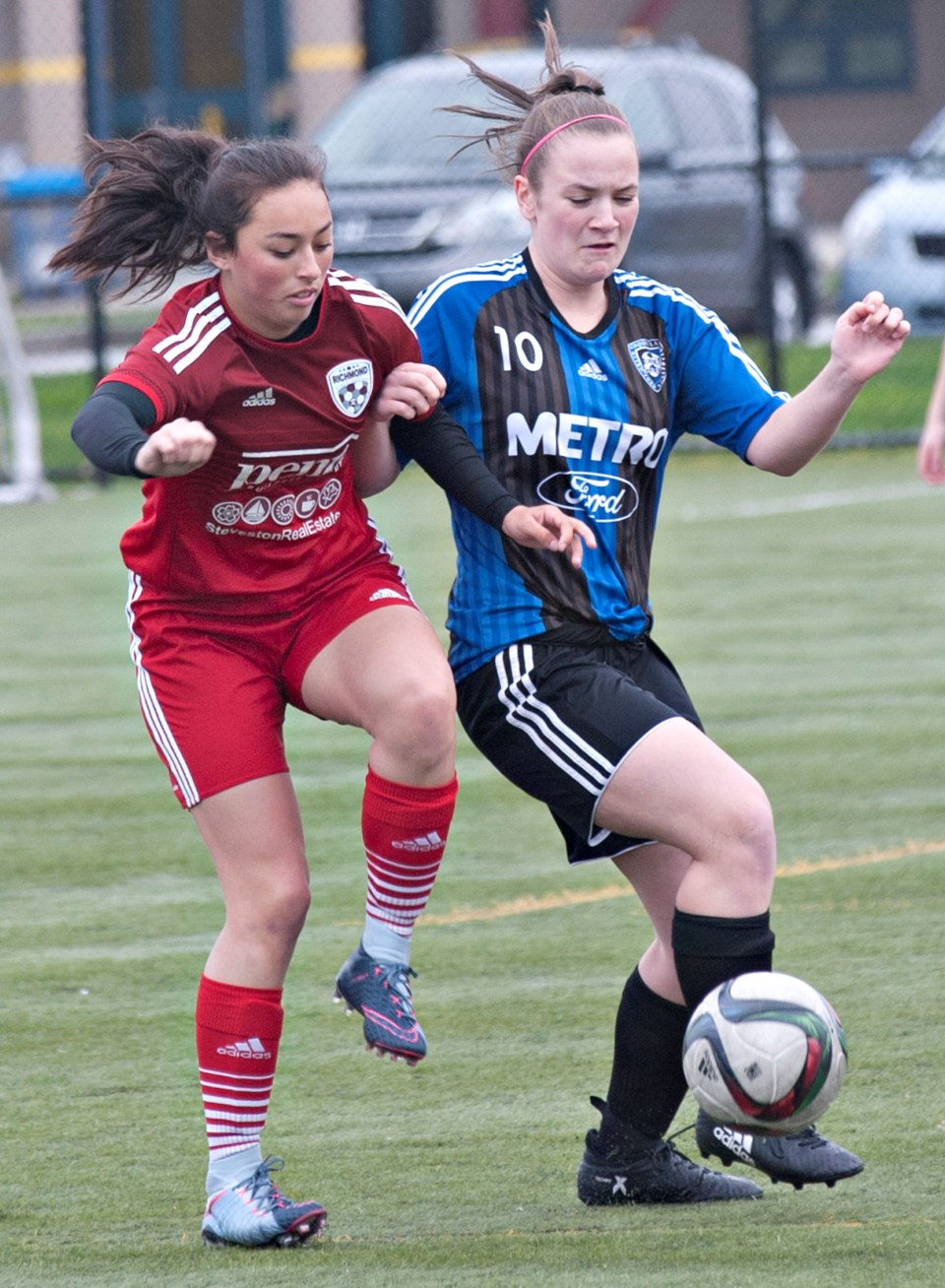 Four Richmond teams have advanced to the semi-finals of B.C. Soccer’s Coastal “A” and “B” Cup Championships.

It was a victorious afternoon at a blustery Hugh Boyd Park last Sunday for the Richmond Girls Soccer Association in “A” cup play.

U17 Richmond F.C. posted a 2-0 win over Coquitlam Metro Ford Shock. The defending U16 Coastal and Provincial Cup champions will now travel to Port Coquitlam to take on longtime rival PCE Castilians with a berth in the final on the line.

The day started with U14 Strikers continuing their fine season with a 2-1 win over Surrey’s Central City Breakers Elite. The Metro League regular season champions will be back on home turf Sunday when they entertain the Fraser Valley Selects at 3 p.m.

RGSA’s U17 Selects also remain in “B” Cup contention thanks to a 3-0 road win over Comox. Richmond will now visit the Burnaby Blaze on Sunday.

In boys “A” cup play, Richmond United’s impressive inaugural season continued with a 1-0 win at Port Moody. United will stay on the road to take on the Surrey Selects on Saturday.

In boys "B" action, the U18 Gunners weren't as fortunate in their trip to Vancouver Island, falling 3-1 to Prospect Lake.

The Coastal Cup playdowns will conclude with the “A” and “B” championship games in Aldergrove May 5-6.