Breaking boards for a good cause 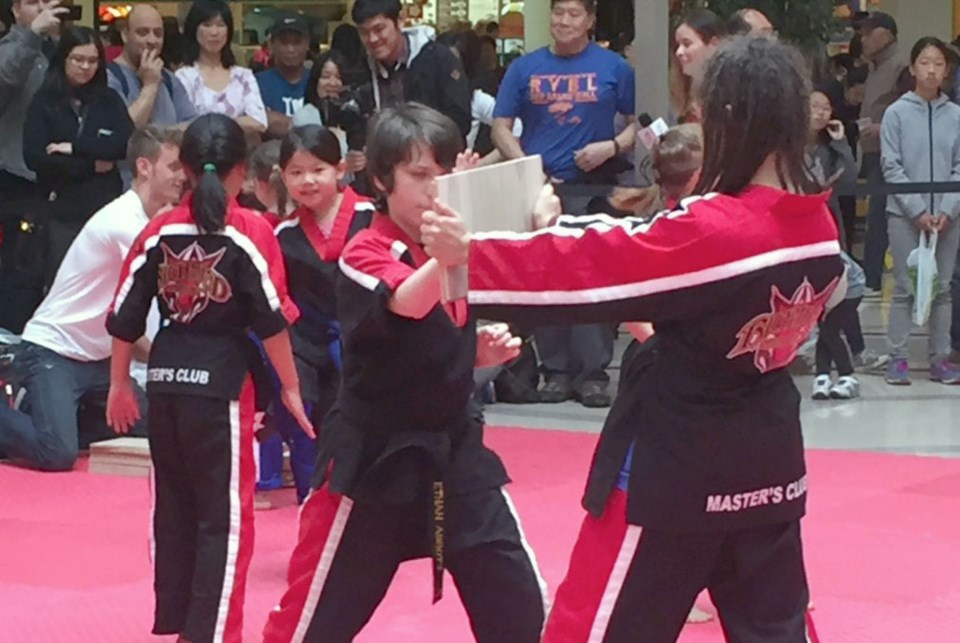 Did you know there are actually more humans in slavery today then in any other time in history?
Last month, Richmond Martial Arts joined forces with other clubs across Canada to participate in a fundraising campaign that will help fight back against this global problem and literally “break” down the chains of modern day slavery.
The fundraising campaign — known as Breaking Boards Breaking Chains or BBBC. BBBC — involves martial arts students and a public display of board breaking. Richmond Martial Arts students held their event at the Lansdowne Mall and raised an impressive total of $2845 for the cause.
Students collect pledges for each board they break and 100 percent of proceeds are sent directly to International Justice Mission Canada, an organization that seeks justice for victims of violent oppression.
Breaking Boards Breaking Chains started three years ago right here in Canada and is managed by Martial Arts for Justice, a movement founded by Master Dean Siminoff.
The idea started small, but quickly gained momentum on a national level and has now grown internationally, with schools participating this year from as far away as Rwanda, Africa.
Many Martial Arts Schools include statements such as being ‘Champions of Freedom and Justice’ in their student oaths, or creed, making participation in the Breaking Boards Breaking Chains Campaign a natural fit.
There are approximately 36 million slaves in the world today. But by working hand in hand with International Justice Mission, martial arts schools are literally making and “breaking” a difference in the world.