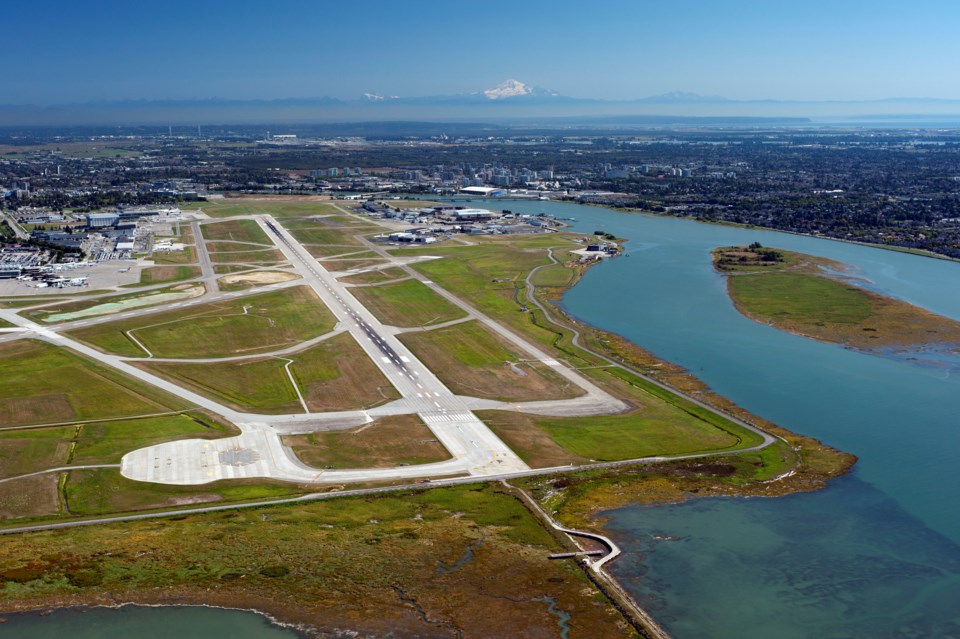 The Vancouver International Airport is proposing adding some businesses next to the south runway.

This could include aircraft services as well as light industrial, commercial and retail uses.

Richmond city staff, however, are concerned the space would be largely used for retail stores, which would compete with Richmond shopkeepers and bring in more traffic.

YVR has verbally told the city their intention is to only have some retail, for example, restaurants for workers, but in a report going to council’s planning committee next week, city staff say the “language is too flexible to assure this outcome.”

YVR’s proposed changes to the YVR 2037 Master Plan will be going to Transport Canada for approval, and the City of Richmond was asked to comment on plan.

A third runway is in the airport’s master plan – one option is to run parallel to the south runway – but this expanded commercial use proposal seems to suggest there are no immediate plans to build it.

However, the height of buildings in Richmond are zoned with air travel from a third runway in mind.

A YVR spokesperson told the Richmond News there are no current plans to build it, but, regardless of when or if it’s built, the zoning is needed to ensure new buildings aren’t in the way of a future flight path.

YVR largely uses the south runway while the north runway, which is shorter, is limited to mainly arrivals and is normally closed from 10 p.m. to 7 a.m.

Richmond Coun. Bill McNulty told the Richmond News - when talk of the third runway came up in conjunction with a development application in December - that the north runway is under-utilized “because the people of south Vancouver protest better than we do.”

“Primarily they don’t use it because they would then have to go over south Vancouver and bank out and obviously that would be a problem to them, to the people of south Vancouver,” he added.

The YVR 2037 Master Plan, however, recommends using the north and south runways equally for both arrivals and departures “to enhance system capacity during peak periods.”