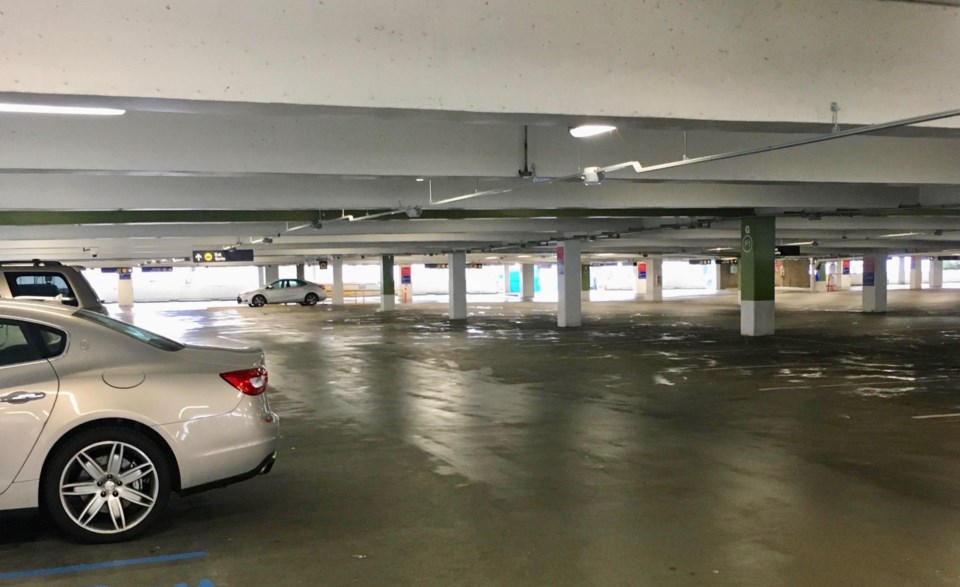 The parkade at YVR was largely empty last Saturday afternoon.

Traffic has plummeted at YVR to four per cent of its normal volume.

Craig Richmond, CEO of the Vancouver Airport Authority, reported to the Richmond COVID-19 Community Task Force on Monday that only 3,000 passengers were travelling through the airport given the current travel restrictions, down from a normal volume of 78,000 per day.

Furthermore, the terminal has been largely consolidated into just Terminal C and its adjacent gates.

Less than half of the terminal is currently operating and further consolidation of the airport is expected in the near future, Richmond explained.

The airport has also suspended all its capital projects, for example, work on its parkade.

Richmond reported last week that he was expecting half the airport workforce of 26,000 to be laid off. These workers work in the various businesses in the airport, and about 6,000 of them live in Richmond.