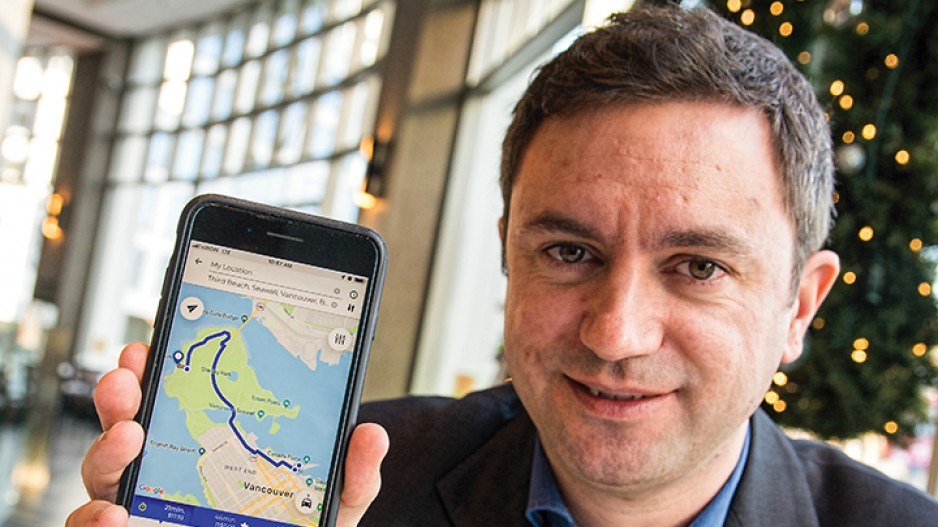 They’re also three solutions presently off the table in Metro Vancouver and the rest of the province.

“Think about how you got to the office this morning. It was probably a bad commute,” said David Oliver, CEO of Greenlines Technology, whose Vancouver-based company launched its multi-modal trip-planning app in 60 cities across the globe in late November. “We’re trying to fix that. We’re trying to give people options.”

The Cowlines app combines every thinkable travel option – including transit, taxis or bike share – in the region to determine the most efficient commute.

The company’s research indicates there are at least 70 companies with commercial licences to move people throughout the city, but Oliver said the average person on the street might be able to name only half a dozen.

More choices may be slowly making their way into the region but their arrivals are still uncertain.

E-scooter company Lime began hiring for positions in Vancouver in November. However, the devices (along with hoverboards, electric skateboards, electric bikes and Solowheels) remain banned from public roads and sidewalks in the province.

Representatives from Lime met with officials from the Ministry of Transportation and Infrastructure over the summer to request changes to the Motor Vehicle Act.

“The Lime representatives are welcome to reach out to ministry staff to discuss this further if they wish to,” the ministry said in a statement to Business in Vancouver.

Meanwhile, the provincial government has yet to commit to a specific date when ride hailing will become available to British Columbians.

And the City of Surrey is in the midst of scrapping its planned LRT route stretching to Guildford and Newton in favour of a SkyTrain line to Langley.

While various levels of government made funding commitments for LRT, similar progress has not been made for a SkyTrain extension.

The City of Surrey, for instance, has enlisted UrbanLogiq to take data from its traffic monitoring systems to better understand congestion and predict traffic patterns. Masongsong noted that cities must overbuild for parking capacity since vehicles occupy multiple spaces at different locations throughout the day.

So what happens when residents, especially those in the younger age brackets, become less reliant on personal vehicles as multi-modal options take off?

“Then you could actually turn a lot of parking spaces into affordable housing opportunities,” Masongsong said. “The problem is, though, you have to make that leap first.

“There’s this enormous pain pressure where in order to prepare for that future you have to have a period of time where you are going to underbuild parking spots.”

And addressing the first-mile/last-mile problem can be further exacerbated by the fact jurisdictions have different ways of collecting data, making it hard to compare results from city to city.

For example, traffic sensors in Surrey and Richmond collect data at different intervals, making it difficult to construct a traffic map of passenger movement from one city to the other.

“If you’re trying to look at a regional traffic picture, you can’t do that off the box,” he said. “You’d have to correct both of them on a like-to-like basis and you’d have to do that for every municipality across the region if you wanted to have a better way to time everything from SkyTrains to buses.”

But Masongsong said there is a broader conflict being fought between public transit providers and private-sector players like Uber Technologies Inc.

Some cities in the U.S. are now covering the cost of ride-hailing trips to public transit hubs, blurring the lines between public transit and private transportation.

“Is the public going to like the idea of a subsidized Uber or Lyft? No,” he said. “But on the other hand, if Uber and Lyft are seen as a feeder mechanism for public transit, then suddenly it makes sense.”