Screams and cheering can be heard leaking out of some local businesses as the delayed Euro 2020 soccer tournament kicks off on TV screens
Jun 15, 2021 4:23 PM By: Alan Campbell 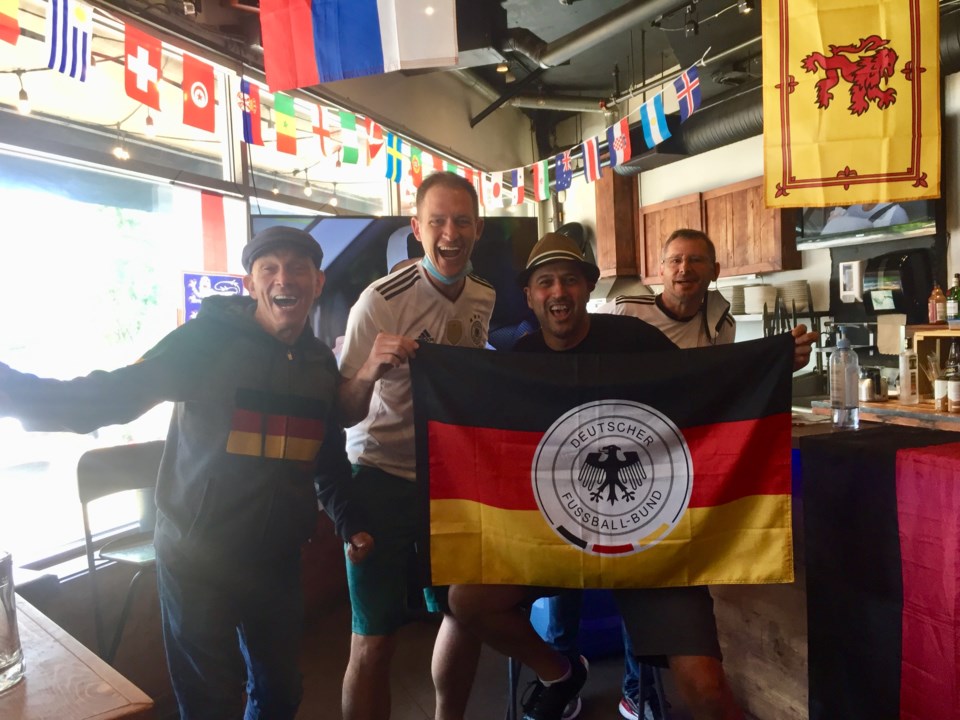 Over the last few days, in little pockets of Steveston Village, you might have heard some random screaming and cheering emanating from some local businesses.

No need to call in the Mounties, however, it’s a little matter of a certain soccer tournament taking place all across Europe - Euro 2020 to be exact.

And with most international soccer tournaments, it’s Davood’s bistro on No. 1 Road at Moncton Street that adopts the moniker of “soccer central.”

Tuesday lunchtime was no exception, with the powerhouses of Germany and France clashing in their opening group stage game and Stevestonites from both countries glued to Davood’s TV screens.

But at half-time, bistro owner Davood Khatami – who is of Iranian blood but grew up a Germany fan – was hedging his bets a little, with his side trailing 1-0 to a first half own goal.

“France is a strong team, that’s fine, we are a young team who will get better; the better team will win,” Khatami told the Richmond News.

“Just like every other year, we are the soccer central in the village, showing all the games since day one and we will continue to do that, no matter the score.”

For the record, Germany couldn't find a way to the net and France had two more goals chalked off for offside.

Richmond News’ Scottish reporter Alan Campbell also met with a group of Englishmen from the village, who were giving their predictions for Friday’s massive match-up between old rivals England and Scotland.

Find out what they all had to say tomorrow (Wednesday) at Richmond-News.com and in Thursday’s print edition of the News.