Boat fire in Steveston sends one person to hospital 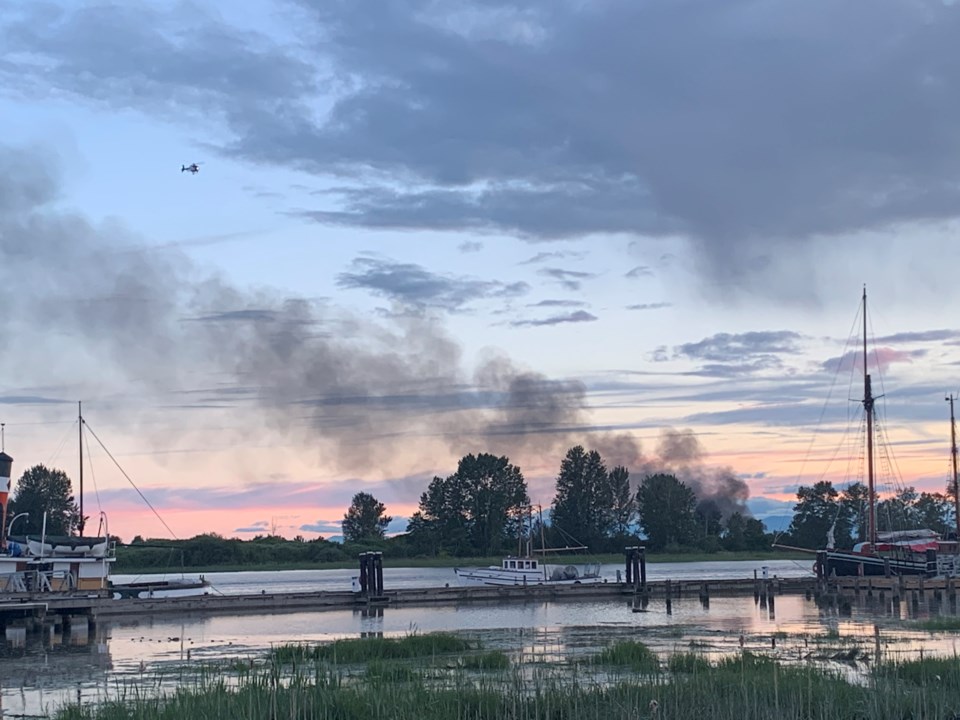 Richmond Fire Chief Tim Wilkinson said the boat was transiting the south arm of the Fraser River when the fire broke out before 9 p.m.

“The vessel was affected by fire to the point that the lone occupant had to exit the vessel into the water. Holding onto a rope the occupant followed the vessel until they were able to be picked up by Royal Canadian Marine Search and Rescue,” said Wilkinson.

The boater was later transported to BC Ambulance Services for assessment and then taken to the hospital.

The vessel ended up aground off Shady Island where the Steveston Harbour Authority team put out the fire. The Coast Guard was going to assess the vessel this morning to ensure the vessel isn’t a hazard to navigate and isn’t leaking pollution, Wilkinson explained.

Coast Guard hovercraft responding to heavy smoke from an apparent explosion on the far side of Shady Island in #Steveston BC pic.twitter.com/gFJ7jsVrmZ

Heard a loud bang and saw smoke coming from the far side of Shady Island in #Steveston BC. Called fire/police and Coast Guard. pic.twitter.com/SVjIwpzY6w

According to a video posted on the Community of Richmond Facebook group, a RCMP helicopter was hovering in the sky while heavy smoke could be seen coming from one side of Shady Island. Meanwhile, a police hovercraft was responding to where the smoke was.

It remains unclear what kind of injuries the man suffered when he jumped from the boat into the river and what the cause of the incident.