Problems inherent with investigating deadly Listeria bacteria meant health chiefs were only able to close Foody World on Friday; one of the victims has since died
Oct 18, 2016 1:48 PM By: Alan Campbell 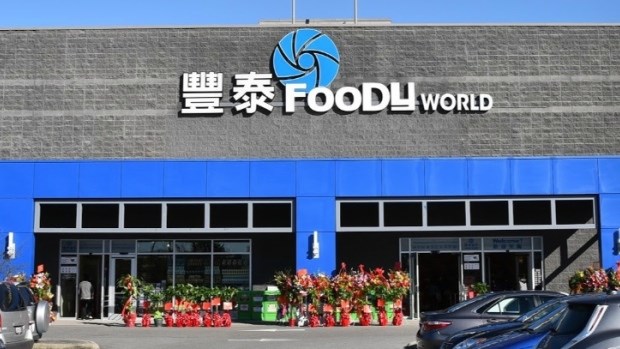 Foody World, on Sexsmith Road, has been closed after six people were struck with the potentially fatal Listeria bug. One of the six has since died, although their exact cause of death has yet to be determined

An outbreak of the potentially deadly Listeriosis disease at a Richmond grocery store - which is linked to the death of a customer – can be traced back three months.

On the weekend, Vancouver Coastal Health (VCH) issued a warning that six people had been hospitalized after eating processed meat from Foody World in north Richmond, which has been temporarily shut down.

One of the six died last week, but VCH said it won’t be possible to confirm if the death was caused by the outbreak as the person in question had “underlying health conditions.”

However, the Richmond News learned on Tuesday that the first two cases of Listeriosis were reported and confirmed in late July, with another two in August and two more in October.

It was only last Friday, Oct. 14, that health officials were able to finally narrow it down to Foody World on Sexsmith Road, near Garden City Road and Sea Island Way.

“The incubation period for (the Listeria bacteria) could be a couple of months, so it’s difficult to investigate,” explained Claudia Kurzac, VCH’s manager for environmental health programs in Richmond.

A number of stores were named as being used by people in the first few cases that were reported, said Kurzac, making it problematic to accurately trace the source of the outbreak.

“Foody World came up, but so did many others and we had to look into all the others, as well,” she said.

“In early October, the fifth case was reported and only then were we able to narrow it down to Foody World.

“On Oct. 7, we carried out a detailed inspection of Foody World; preliminary results took a week and on the 14th we had it confirmed to be Foody World.”

The sixth case, said Kurzac, was reported between Oct. 7 and 14, and it was that person who subsequently died.

None of the other five is still in hospital, as far as Kurzac is aware.

It’s understood that the customers affected had all consumed processed meat, in particular pork and beef, from the store over the last few months.

VCH has warned customers of the store not to consume any produce or ready-to-eat foods made in-house at Foody World.

Potentially contaminated items include: All ready-to-eat meat products such as barbecue pork and marinated meats; sushi; produce and baked goods.

If anyone has bought any of the above items on or after July 2016, VCH is telling people to “dispose of them immediately.”

Critical infractions, said Kurzac, could be suspect food handling practices and food storage temperatures. From that point, added Kurzac, Foody World would “have been on the food inspector’s radar.”

The store was subsequently found to be in non-compliance for a critical infraction in August, but there was no detailed food inspection, explained Kurzac, as “there wasn’t enough information.”

A detailed inspection, she said, involves three staff in a rigorous, week-long process including testing, analysis and meetings with management.

“We have to go on the information provided,” said Kurzac.

“People’s recollection of their food history can be sketchy at best. Many people don’t remember what they ate two days ago, let alone two months, so we often end up going in the wrong direction.

“We carried out a detailed inspection at another location and it came back negative.”

Kurzac said the store’s management has brought in a professional cleaning company and are now working with VCH on the store’s procedures and policies. “Clearly, a lot of education is taking place,” she added.

“There will be a lot of testing before they will be allowed to re-open.”

Symptoms of Listeriosis include fever, headache, diarrhea, vomiting and muscle aches. It can also cause serious illness, such as meningitis or blood infections in pregnant women and newborns, those with weakened immune systems and older adults or seniors.

Symptoms typically start within four weeks after consuming, but can appear up to 10 weeks later.

If you think you have an infection caused by Listeria, see a doctor for testing, advice and treatment.

For more information about the food recall, members of the public can call VCH at 604-233-3147 and ask to speak to a senior environmental health officer.

With a file from the Vancouver Sun